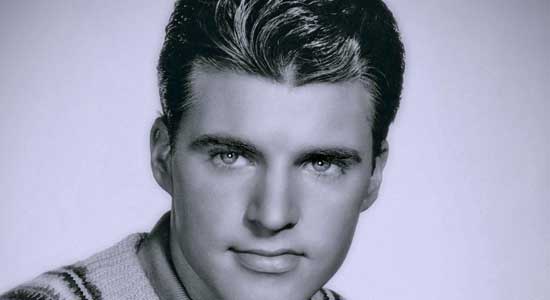 Jones: yikes, he’s in my living room. his parents smiling like everything is ok. he is singing a song. oh my god, this is not my house. i had to hide my music since i was supposed to be doing homework, which i was a big failure at. i got into movies free “look it’s ricky nelson’s younger brother!” i didn’t mind. i liked ricky, and free is free. but what’s going on here. the hollywood life says i am not a freak but home life says i’m fucked up cause i want to sing a song. the conclusion is i need to live somewhere else. so i did and i do. thanks to ricky; he gave me a life to go to. someplace to go to. a place of music and songs and maybe parents that thought there was value in that. that did not happen, but so what. be careful in airplanes.