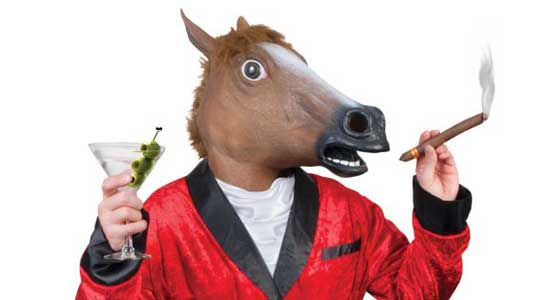 Jones: the merriment. or the terror. what hides behind it? i once made love to a woman in a mask and it was my girlfriend, but I did not know that. it was entrapment on her part. a merry trickster who got really mad. i told her, of course, I knew it was her. of course. the mystery of it all. someone looks at you and you are wearing a mask. is it you they see? no. you are there but hidden. a sly sliver of your personality gets gigantically exploded and you are not there but you are there. inside like the puppeteer pulling strings. you are engulfed in not having to be you.