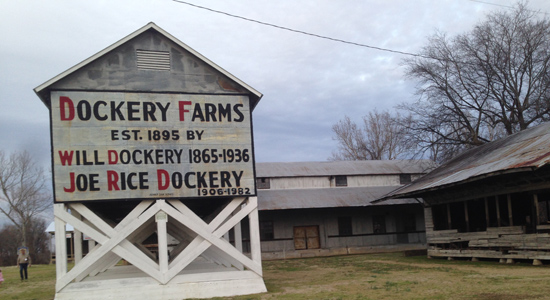 Parker: As a kid growing up in the Northeast, I was fascinated by the South. I read Faulkner, I learned about the Civil War, I listened to the music, new and old. I had a romantic notion about what the South was and is. I guess I still kind of do. I eventually moved to Raleigh, N.C., and spent a few years there. And I traveled throughout the South on tour many times. Though I had been through the Mississippi Delta on tour, I had never spent any time there until recently.

I stayed in Clarksdale at The Shack Up Inn (a collection of old shotgun shacks that that I would describe as thrift-store fabulous—it’s a very cool spot) and drove the back roads around the Delta. I visited Dockery Plantation and many of the small towns that dot the area. I saw Charlie Patton’s grave and one of Robert Johnson’s graves (there are at least three grave sites). Went to Red’s Lounge. Saw some great music and met some great people.

It’s another world down there. There’s a gravity. It’s spooky and mysterious. It’s third world and first world. Visiting the Delta helped me understand where all that music that has been so important to me over the years comes from, though it’s still an epic mystery.