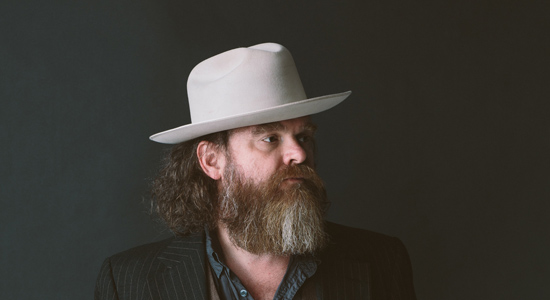 Anders Parker flexes all of his considerable creative muscles with his latest—and perhaps best—solo album.

Looking back over the breadth of Anders Parker’s two-decade career, there is little he has yet to accomplish or prove. The stylistic range encompassed by his Varnaline work alone is evidence of Parker’s determination to explore, illuminate, absorb and transcend every musical influence he’s experienced, from alt-country and raw folk to pastoral Americana and baroque art rock. And Parker’s catalog under his own name has been equally diverse, be it the transitional familiarity of 2004’s Tell It To The Dust or the ambient instrumental guitar wash of 2010’s Cross Latitudes. Throw in his recent pairing with Mascott/Sparklehorse multi-instrumentalist and longtime cohort Kendall Meade, and you’ve got an impressive and intimidating curriculum vitae.

Parker’s latest contribution is a welcome return to his Varnaline/early-solo sound, perhaps in reaction to his recent experimental streak. Opener “The Road” is a visceral eight-minute core sample of Parker’s most closely held inspirations, starting in a soulful pop vein and careening to a blistering Crazy Horse conclusion, while “Animals” cross-pollinates Parker’s Youngian love of twang bar blues with a stomp-and-holler ethic that could be mistaken for Jack White. Parker is equally comfortable with the kind of quiet intensity that can be as unnerving as it is soothing (“Unspoken,” “Don’t Let The Darkness In”), then counterpoints it with the epic and nearly prog-paced roar of the exquisitely titled “Jackbooted Thugs (Have All The Best Drugs).” After several years of wandering in the sonic wilderness, Parker has returned to his roots with a velvet-fisted vengeance.