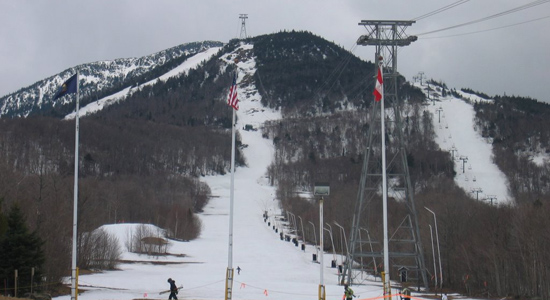 Parker: Skiing is my sport. I don’t remember the first time I was on skis, but I’ve seen the pictures—it looks like I was hardly old enough to walk, but there I was on skis. I don’t surf, but the way surfers talk about waves is the way I feel about the mountain. There’s a serious spirit-lift component that I relate to. It’s good for my soul. I like the cold. I like the snow.

I grew up skiing at Jay Peak in Northern Vermont. It’s a great ski area that’s pretty damn far out of the way, which, in my opinion makes it that much better. You have to want to go there. They’ve made a lot of changes over the recent past, but it’s still the same mountain in the deep north. It’s one of my homes.