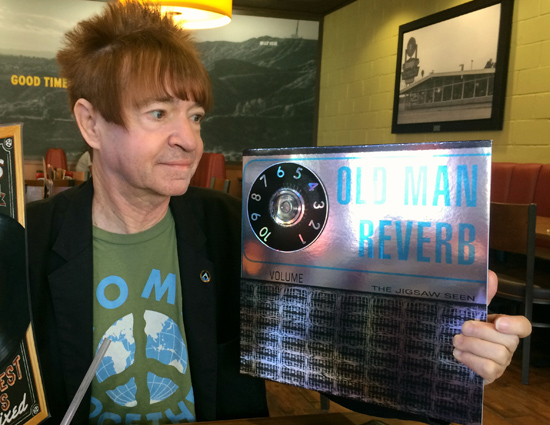 Lea: When I was in high school, the hip “new-wave” radio station in Los Angeles was KROQ (106.7 FM), playing all the newest singles from the U.K. like “Making Plans For Nigel” and “Stop Your Sobbing.” As good as the station was, it got even better on the weekends, when Rodney Bingenheimer hosted his show Rodney On The ROQ every Saturday and Sunday night. Rodney knew everybody (Elvis Presley, Led Zeppelin and David Bowie, to name a few), had access to records long before they were released and you never knew who might call in (Brian Wilson, Blondie, the Ramones, etc.)

The feeling of being a teenager driving around suburban Los Angeles on Saturday nights listening to Rodney is one I wish I could relive. (Without the mayhem, of course.) Rodney On The ROQ is still on the air (also streaming on the internet), showcasing the latest sounds on Sunday evenings. I never could’ve imagined back then that he’d still be doing it decades later, actually playing my records (spinning the Jigsaw Seen’s Open Up The Box Pandora for months beginning in late 2012.) Long live the Mayor Of The Sunset Strip!