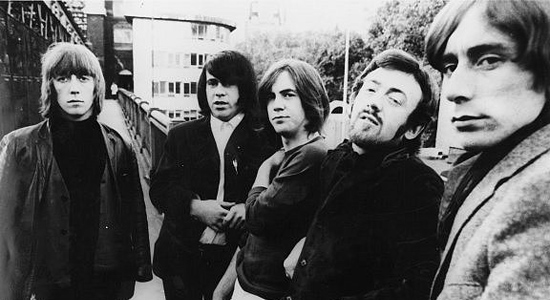 Lea: Although the Who’s Tommy is generally considered the first “rock opera,” the Pretty Things actually released their conceptual masterwork S.F. Sorrow six months earlier. S.F. Sorrow is the story of Sebastian F. Sorrow’s mundane life, told via a song-cycle, from birth (“S.F. Sorrow Is Born”) through old age (“The Loneliest Person”). The ambition, exotic instrumentation and sense of experimentation has had a lasting influence on me, making this one of my favorite LPs.

Recorded at Abbey Road Studios throughout 1968, the album was masterfully produced by Norman Smith (Pink Floyd) and meticulously engineered by Peter Mew, who would shortly after engineer the Syd Barrett album The Madcap Laughs. (Mr. Mew, since retired, also did a fantastic job mastering the Jigsaw Seen’s albums Winterland in 2011 and Gifted in 2012.)

Not promoted by EMI in the U.K. (where it was released in the same week as The White Album), S.F. Sorrow fared even worse in the U.S., where Motown Records figuratively killed the record, releasing it in a gravestone-shaped sleeve.

S.F. Sorrow is still very much alive to me, and I can’t recommend it highly enough.