Vicki Peterson (lead guitarist of the Bangles) and Susan Cowsill (with her family’s band the Cowsills since the age of eight) are currently tilling the fields as the Psycho Sisters, and it’s given them rare perspective on making music that many lesser talents would lack. Their debut album, Up On The Chair, Beatrice is out now via the RockBeat label. Peterson and Cowsill will be guest editing magnetmagazine.com all week. Read our brand new Q&A with them. 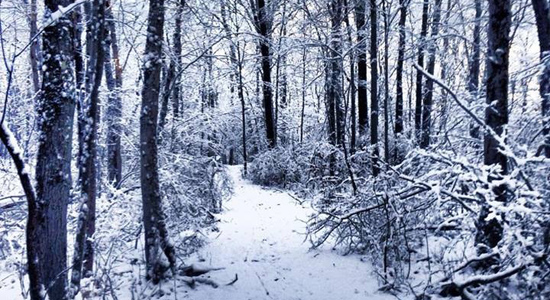 Cowsill: When I was a young girl, I had the power to make it snow. It was uncanny! No sooner did I see those low lying smoky grey puffs of silence then I would start my chanting prayer, “It’s gonna snow, it’s gonna snow, it’s gonna snow,” and then, as if by magic, (cuz it was!), the flakes would begin to fall for all to see, worship and revel in, brought to you by little ole me! Sledding and no school was my gift to the neighborhood. One that I kept quite to myself so as not to boast! I felt like a secret super hero! Ladies and gentleman, introducing “Snow Girl.” I thought it had a nice ring to it!

In experiencing this miracle of making it snow, time and time again, I started to believe I could do anything I put my mind to. Through the years, I would rely on this mystical power of my own sheer will to get me through the toughest of circumstances and to help bring about the results I wanted, and way more importantly, the ones I needed. For instance, another one of my talents, which produced the remarkable effect of saving a perfectly horrible day, or week or even a whole year, was the simple act of “staring at the sky.” Sometimes I would do this for hours on end, which I believe to be the recipe for the saving of an entire horrible year, where as a mere glimpse at the sky at just the right disastrous moment could and did in fact save my very life! From time to time I still do it, with equally shinning results!

I should like to tell you of the data I have collected in regards to exponential results in levels of compassion, that simply sitting under a tree for 10 minutes can yield, but that is for another day.

There are secret things in this world that most of the time we cannot see or touch or hear, but we know without a doubt, they are there. There are “super powers” like faith and hope and belief. I for one would not be alive without them. The young girl in me knows still believes these secret powers to be real. See this life through the eyes of a child, and you have a much better chance of growing old.