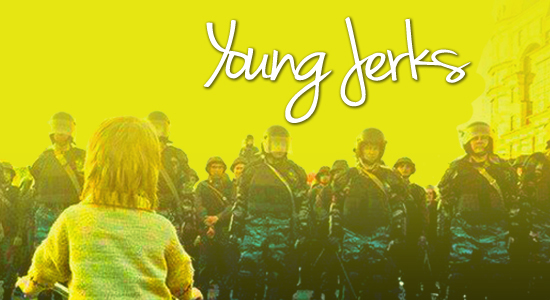 Young Jerks, a Jersey band consisting of four young men who came together from past musical projects, started out with an interesting songwriting process. Each member recorded a few demos that they sent to other members, and then they all gave their input and made the songs playable. The outcome will be revealed as they release their six-song EP in 2015 via Lump’N’Loaf Records. Until then, Young Jerks have released a cover of “Bela Lugosi’s Dead,” off the label’s Happy Freakin’ Halloween Vol. 1. Download the track below.