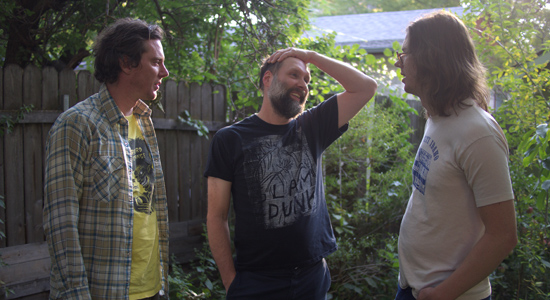 The eighth studio album from Built To Spill, Untethered Moon, is due out from Warner Bros. on April 21. A limited-edition vinyl version will be released exclusively on Record Store Day (April 18) … California Nights, the third full-length by Best Coast, will be available May 5 via Harvest … The Darkness will return June 1 with the release of fourth album Last Of Our Kind on Kobalt Label Services … On June 16, Yonder Mountain String Band will release its new record, Black Sheep, via its own Frog Pad label at the 42nd Telluride Bluegrass Festival … Warner Bros. has announced the signing of Ben Lee, and will issue his latest studio album, Love Is The Great Rebellion, later this year. This announcement comes just after Lee self-released A Mix Tape From Ben Lee, which features Zooey Deschanel, Ben Folds, Sean Lennon and more. Proceeds will be donated to The Q’Ero Project … The second solo release from Brandon Flowers, The Desired Effect, will be out via Island on May 19 … Bee Gees: 1974-1979 is a five-disc boxed set featuring four Bee Gees albums as well as a bonus disc featuring a selection of songs from the Saturday Night Fever soundtrack. It’s due out March 24 … Ben Folds will kick off an extensive world tour this April, including an exclusive festival appearance at Bonnaroo, with plans to release a new digital album this spring with a vinyl release to follow in the summer … On May 5, Domino will reissue Mwng, the fourth album from Super Furry Animals, in honor of its 15th anniversary. The band will play several dates in the U.K. in support … 4AD has announced the April 21 release of Red House Painters, a limited-edition LP boxed set containing the first four out-of-print Red House Painters albums … The 30th anniversary of the Smiths’ eponymous debut was celebrated last year with the recording of Tease Torment And Tantalize: A Tribute To The Smiths’ Debut. Featuring contributions from Kevin Devine, Mother Falcon, Field Mouse and more, the tribute album will be available March 24 via Reimagine … Deluxe editions of Bad Company’s first two albums, Bad Company and Straight Shooter, will be released April 7 via Rhino, complete with previously unreleased tracks and other bonus material … Coliseum’s new album, Anxiety’s Kiss, is due out from Deathwish on May 5 … Live At The Bitter End, August 1971, a previously unissued live recording by Dion, will be released April 7 via Omnivore … March 10 marks the digital release of Frank Turner’s The Third Three Years on Xtra Mile … Domino will issue Patrick Watson’s fifth album, Love Songs For Robots, on May 12.