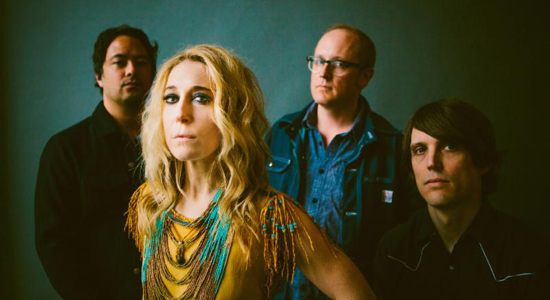 Heartless Bastards have announced the June 16 release of fifth album Restless Ones, with a supporting tour kicking off this summer … One Lost Day, the first Indigo Girls album in four years, will be available from IG/Vanguard on June 2 … Eagle Rock will issue Lost Songs: The Basement Tapes Continued on May 26. It features the development of a project bringing together an extraordinary group of artists (including T Bone Burnett, Elvis Costello, Rhiannon GIddens, Taylor Goldsmith, Jim James and Marcus Mumford) to work on previously unknown Bob Dylan lyrics from The Basement Tapes sessions in 1967 … The work of Marvin Gaye will be celebrated by UMe with a series of multi-format reissues this spring, as well as a seven-LP vinyl boxed set, Marvin Gaye 1961-1965, due out May 19 … On June 2, Jamie xx will release debut solo album In Colour via Young Turks … Duran Duran has signed to Warner Bros., which will issue the band’s 14th studio album this September … More Faithful, the latest record from No Joy, is due out June 9 via Mexican Summer … Eagle Rock has announced it will release Sweet Home Alabama, Lynyrd Skynyrd’s legendary 1996 Rockpalast Concert, on CD for the first time on June 2 … A new digital-only live album from the Jayhawks, Live At The Belly Up, is available for download now … April 7 will see the release of How I Won The War, the new album from the Grip Weeds, via Jem Records … The Decline Of Western Civilization trilogy will receive a deluxe boxed-set release on June 30 from Shout! Factory.