As was the case with Diamond Rugs’ 2012 self-titled debut record, much of the band’s sophomore album, Cosmetics, formed and grew in the studio. That’s an impressive feat, considering that Diamond Rugs is something of a weekender project for members of no fewer than five bands, all of whom keep moderate-to-ridiculous recording and touring schedules anyway: John McCauley and Robbie Crowell (both Deer Tick), Ian St. Pé (Black Lips), T. Hardy Morris (Dead Confederate), Bryan Dufresne (Six Finger Satellite) and the legendary Steve Berlin (Los Lobos, Blasters and about six dozen other outfits). The boys in the band will be guest editing magnetmagazine.com all week. Read our recent feature on them. 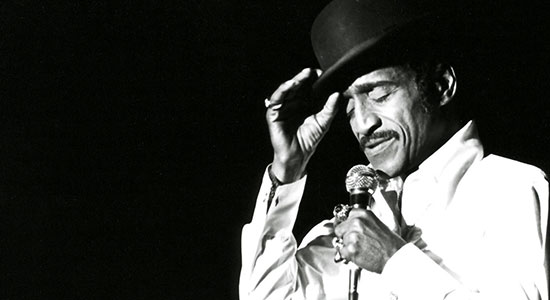 Dufresne: The first live show I saw was Tom Jones with my mom and grandmother in 1975 or ’76. I do not remember it at all, unfortunately. Maybe it made an impact subconsciously, I don’t know. The first show I really remember seeing was Sammy Davis Jr. My parents were in shock when I asked if I could go. I was already completely immersed in rock ‘n’ roll at the age of 11, and more than quick to deny any of the old crooners that my dad grew up listening to and who he was still a huge fan of. Anything involving the Dorsey brothers, Glen Miller, or anything else of that ilk it seemed permeated my parents’ record collection and tastes. I had no idea that, in just a few short years, I would be riveted by the drumming of Gene Krupa, Cozy Cole, Buddy Rich and Louis Bellson.

But as against all of it as I was at the time, I wanted to see this show for some reason, and I did. This man came onstage and sang with such an incredible voice, I had never heard anything like it in my life. Recordings are one thing, but to watch and listen to this guy perform was just electrifying. He sang like you couldn’t believe, he danced, he played the drums, he told jokes, he did impressions of other well-known performers, he played the piano, he was just unreal. It was the first time I realized that a concert was more than just what I had seen in photographs on live albums or on Saturday Night Live or some television special. It was pure energy between the performers and the audience, a back-and-forth, a trade off of excitement, understanding and relating to one another almost conversationally. That is a rush that cannot be fully articulated. That is a rush that you feel for weeks, or even months, leading up to a show that you can not wait to see—from talking about getting tickets, to actually scoring them, to the parking-lot hangs, to the last note of the night and beyond. That is a rush that I cannot ever get enough of, and a major catalyst for my playing music. Playing live—what a rush!