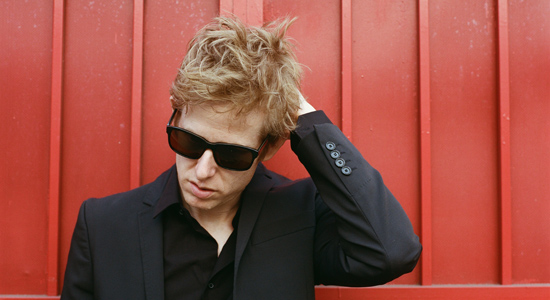 On April 28, Spoon will release an EP of remixes, Inside Out Remixes, featuring four versions of the band’s song by Fabrizio Moretti, Operators, Tycho and Brian Reitzell. The band will also hit the road for a North American tour in May … R.E.M. By MTV, the acclaimed documentary by Alexander Young chronicling the simultaneous careers of R.E.M. and MTV, will be available from Rhino on June 2 … Eyelids (which features members of the Decemberists, Guided By Voices, the Jicks and more) have announced the June 23 release of a new self-titled EP via Jealous Butcher/Schizophonic … Legacy will issue the soundtrack to Cameron Crowe’s upcoming film Songs Of Aloha on May 26. It features appearances by Fleetwood Mac, Kurt Vile, David Crosby, Daryl Hall & John Oates, the Tallest Man On Earth and more … The 2000 solo debut of Ryan Adams, Heartbreaker, will see a special reissue on CD and vinyl on May 26 via Pax-Am … After 25 years, Loop returns June 22 with the release of the Array 1 EP on ATP … June 23 marks the release of the new album from the Orb, Moonbuilding 2703 AD, via Kompakt … Midnight Mission and Cedar Creek, the first two records by the Textones, will be reissued in expanded editions by Omnivore on May 26 … The Old Ceremony is set to release Sprinter on July 14 via Yep Roc … Rhino will celebrate the return of Faith No More with deluxe reissues of The Real Thing and Angel Dust on June 9 … A comprehensive boxed set containing the work of the Jean-Paul Sartre Experience, I Like Rain: The Story Of The Jean-Paul Sartre Experience, will be available August 11 from Fire … On June 2, Specialty will issue Directly From My Heart: The Best Of The Specialty & Vee-Jay Years, a three-disc boxed set featuring Little Richard’s recordings spanning 1956 to 1965.