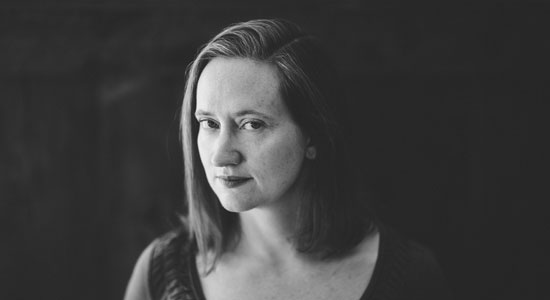 “Words get in the way of the emotions I’m trying to convey,” says pianist and composer Rachel Grimes from her home in Louisville, Ky. “I don’t feel driven by lyrics, language or verbal content. I do sing and love the idea of songs, but the thing I’m after in chamber music is expressing a complexity of feeling. I want to be generous to my audience and let them make the music their own, without language or the specificity of words.”

Grimes has been composing genre-spanning instrumental pieces since her days with Rachel’s, an ensemble that played music that was often labeled post-rock and post-classical, categories she finds confusing. “We’re living in a society where music from all previous time periods is accessible to us,” she says. “Everything in the past is post-something. All music is in reference to things that came before.”

Rachel’s played instrumentals that drew on the minimal classical music of the late 20th century. The band started when Grimes met guitarist Jason Noble. “We started messing with songs he’d written, adding and subtracting parts in a slow, organic process,” says Grimes. “We wanted to record the pieces and didn’t realize we’d become a band until we actually put out a record and started doing shows. We had no definitive approach, just ideas for sounds that could be made with piano, cello, viola and guitar. When we played rock venues, we surprised people when they heard the textures we were producing. We got a kick out of the words people came up with to describe what we were doing.”

When Rachel’s went on an extended hiatus, Grimes continued playing and composing. She wrote film scores and orchestral works, did composing and sound design for the Portland Cello Project and the SITI Theater Company. She toured Europe, playing solo and with chamber ensembles like the Amsterdam Sinfonietta Trio and Orchestra Kandinskij. All the while, she was working on the music that would become The Clearing.

The Clearing sweeps you up with its cinematic strings, jazz-influenced chordal patterns and expansive classical string arrangements. The pieces are built around the simple pulsations Grimes plays on her piano, with cello, violin, sax and oboe darting in and out of the musical landscape. The lush, ambient sounds that give the music an intergalactic aura were generated by electro wizard loscil (Scott Morgan). “Scott’s a master at finding the perfect, soothing sonic complement to the organic sound of the strings,” says Grimes. “The heart and soul of the songs are contained in the idea of a clearing, with its implications of clearing the mind or a space in the woods that allows light to come out of the darkness. When I’m composing, I listen to the harmonic relationships and the emotional quality of the sound. What’s the picture the music is painting? What shapes is it building in your imagination? Music is about following something without knowing what it is. What I’m trying to describe are the emotional states we don’t quite understand.”