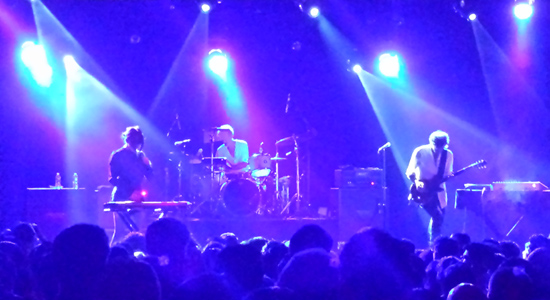 Scott: I, over the course, of the last few years have really taken inspiration from bands that use the drums as a simple hypnotic hook to hold you in a constant state of ease. There are many bands like this, Radiohead, Portishead but my favorite is Blonde Redhead. Weird, they all end with head, I’ll have to look into whether there is any significance.  I digress. I always fight with the line between being boring and serving the greater good of a song and the bands/drummers of this ilk have propelled me forward in resolving this inner argument. To hold the listener in a dreamy, unaltered state of rhythm and movement is not only graceful but shows a seldom heard ability of restraint and reverence to the mood of its audience. Leaving the space between notes empty is much more difficult than filling it. I suppose this can be said about life as well. Again, I digress.