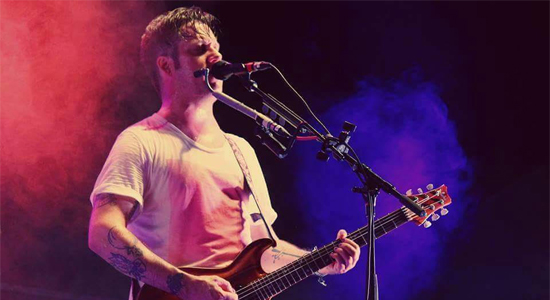 Driving into Bethlehem, I asked a buddy of mine what he thought we could expect out of Modest Mouse’s live performance, to which he simply responded, “I have no idea, man.” This response wasn’t due to any sort of dislike toward the band, rather the uncertainty that seems to surround them. Between issuing Strangers To Ourselves (the band’s first release in seven years) to very mixed reviews, to hardly ever touring, to their live performances typically being met with either praise or scrutiny, it’s difficult to know what to expect out of Modest Mouse these days. There was no way we could have known that we were about to witness Isaac Brock play his guitar with his teeth for nearly five minutes, or accidentally incite a physical altercation among fans. Because here’s the thing that makes Modest Mouse so wonderful; they’re totally unpredictable.

And so we arrived at the Bethlehem Steel Stacks as two devout Modest Mouse fans, without a clue whether we should be overrun with excitement or worried about being let down.

Before digging deeper into Modest Mouse’s performance, I think it’s important to talk a bit about last night’s opening act, Gene Ween. You know how a lot of times you go to a show and the conversation you’re having with your friends about where you are going to drink this upcoming weekend is far more compelling than the opening act themselves? This wasn’t that kind of show. Former Ween vocalist Aaron Freeman and his band had the crowd’s utmost attention through the entirety of their 45 minute set. His interaction with the crowd was met with plenty of laughter throughout the set’s entirety, most notably after making the statement, “This song is about vagina. Unshaved vagina, that is.” before going into fan favorite “Black Bush.” All in all, Freeman provided a more than solid opening act, which had the crowd dancing, laughing and singing along the whole time. Not an easy feat when opening for Modest Mouse.

It was directly after Freeman’s performance that I noticed something strange. I started looking around at the people in the crowd waiting to see Modest Mouse and I realized how diverse it was. Standing to the left of me was a middle-aged couple, maybe in their 50s, accompanied by no children. To the right of me was a man covered head to toe in tattoos with quite possibly the largest gauges I’ve ever seen in any one’s ears, consistently smoking his vaporizer every minute or so. Behind me there were a group of, uh, let’s call them “college bros” wearing tank tops, khaki shorts and backward baseball caps. A few rows in front of me was an older gentleman carrying his Mohawk-haired toddler on his shoulders. This crowd diversity quickly made me realize that I was about to witness something really, really special.

That’s when Modest Mouse stepped onstage to an overwhelming wall of cheering and shouting.

Not surprisingly, the band began their hefty two-hour set with a few songs off Strangers To Ourselves, which, also not surprisingly, were received with a bit of a mixed response. Sure, people were dancing and enjoying themselves, but it wasn’t until the fourth song in that Brock’s voice was entirely drowned out by a sea of fans screaming his lyrics back at him. “OK, so, we’re gonna play an older one now if that’s all right.” said Brock with a grin on his face like he knew the overwhelming response he was about to receive. As the band began to play “Out Of Gas,” it was clear that it was a turning point for the rest of the set.

The nearly 20-year-old singalong “Out Of Gas” was followed by several other fan favorites, including “Dashboard” and “Bukowski,” to name a couple, both of which were performed beautifully by the nine multi-instrumentalists making up Modest Mouse’s live band. Although having only two original band members left (Brock on guitar and Jeremiah Green on drums), the seven other musicians accompanying the stage (including Brock’s girlfiend Lisa Molinaro on violin) only added to the band’s live performance. Not only was the stage crowded with fantastic musicians, but a plethora of instruments such as trumpets, trombones, a cello, two sets of drums, a synthesizer and a banjo to name a few. It seemed as though every song had the musicians onstage playing a different instrument, making every song all the more pleasurable to watch.

If we’re talking about musicianship we need to talk about Brock. The man is fucking amazing. For all the qualms people have regarding his vocals, there is absolutely no taking away his ability to absolutely shred on guitar. During classic “Doin’ The Cockroach,” Brock began screaming lyrics into his guitar as he was playing. Now, I’ve seen musicians do that before, and while not entirely original, it’s always great to watch. What came next, however, I had never seen. Brock began a scratchy guitar solo, lasting nearly five minutes, the majority of which was played with his teeth. Yes, you read that right. Isaac Brock played his guitar with his teeth for nearly five minutes, and it was nothing short of amazing.

About three-quarters of the way into the set came the highlight of the entire show. The band played “The World At Large,” “Night On The Sun” and mega-hit “Float On” back to back to back. An argument can be made for each of these songs being the best material the band has offered to date, and seeing them performed was a dream come true for any Modest Mouse fan.

In the midst of this wonderfully positive experience came one negative moment. “Have you guys ever been stung by anything?” asked Brock before performing “Tiny Cities Made Of Ashes,” the last song of the set. “I’m only asking because I saw you guys swatting at what looked like bees.” A man in the crowd yelled something back at Brock, to which he responded, “You shouldn’t answer questions anymore. Seriously, don’t answer questions anymore,” in a very obviously joking tone. While Brock’s joking tone seemed very obvious to me as an audience member, it seems as though it wasn’t quite as obvious to others. “Asssshole, asssshole, Asssshole,” chanted members of the crowd at the man who answered Brock’s question about bees. This chant was followed by a physical altercation among the fan that Brock was addressing and another man in the crowd, to which Brock intervened, “Come on. Don’t hurt him. I was joking. I’m the asshole. This is the game I play with the crowd. Come on. Don’t hurt him.” The altercation quickly subdued, and Modest Mouse began their last song.

Not surprisingly, the band was begged by the crowd to return to the stage for an encore through a series of typical chants by the crowd. Upon returning to the stage, Modest Mouse pleased fans with a four-song encore, ending with fan favorite “The Good Times Are Killing Me.” Brock apologized once again for accidentally inciting a fight among fans, thanked the crowd for an amazing time and concluded the incredible experience Modest Mouse put on for their fans.

For all the uncertainty that seems to be surrounding Modest Mouse as of late, one thing became clear. Modest Mouse is a band that provides fans with an unforgettable concert-going experience. As soon as I finish typing this, I am going to purchase a ticket to Philly’s annual Made In America festival, solely so Modest Mouse can melt my brain once again. You should do the same. I promise you won’t regret it.