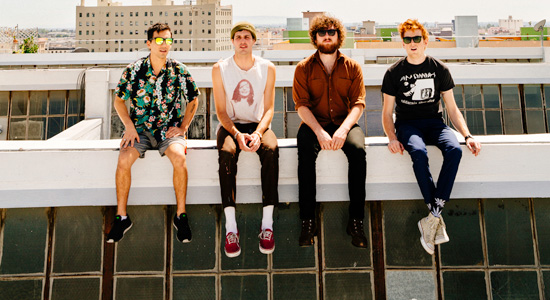 These garage-dwelling skate punks were so gloriously unhinged on their debut, one couldn’t help but fear that they would rein it in a notch or two on their sophomore effort. The title of the opening track, “40 Oz. On Repeat,” should allay any such concerns. True to form, Too references enough drugs and alcohol to fell a stable of the Budweiser Clydesdales, while its darkly funny, self-loathing tone makes Mark Maron resemble Tony Robbins by comparison. “West Coast” is the Beach Boys in a red convertible drinking whiskey, huffing ether and delivering the best line of the year (“got drunk and barfed on my shadow”); “Sober” is the ultimate “fuck you” to sobriety and bad girlfriends; and “Punks” is a loping, fist-pumping blast of stadium punk. Further proof that FIDLAR’s headliner-destroying stint as the Pixies’ opening act was no fluke.