Matt Pond PA‘s The State Of Gold is of a piece with the singer/songwriter’s previous work in its tension between plaintive longing and earnest affirmations. Paradoxically, it’s a confident album about having doubts; it looks outward as well as inward. Pond will be guest editing magnetmagazine.com all week. Read our new feature on him. 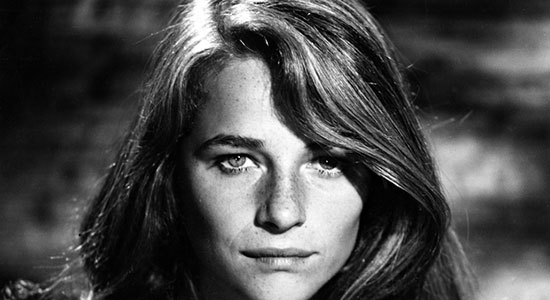 Pond: I don’t know if we take any real risks anymore. The risks I’m fond of involve driving and relationships. Too fast and out of control, I’m not a champion of either circuit. (Even though every stage and audience introduces varying degrees of precariousness, that wasn’t my intention with music. My intention has always been to whip up a little reflective connection.) Charlotte Rampling has always been risky. A sorcerer of the back-and-forth between brute strength and undiluted vulnerability, she projects herself out of the screen and onto the back of my mind.
In The Night Porter, she plays a survivor of the concentration camps who is reunited with the SS Officer who tortured her during her captivity. There’s no one way to adequately absorb her portrayal. Is she weak for succumbing? Or is she powerful for accepting a desire that transcends morality? I’ve watched it go down scores of times. There’s no conclusion to be made, only the soft worry of wonder. In Stardust Memories, she doesn’t need to speak. Her eyes say everything. The same in The Verdict as she breaks apart under the weight of her betrayal. Again and again, it happens every time she hits the screen. These days, we have thoroughly edited profiles, carefully curated music collections. Some have retirement plans, some prefer selfie sticks. All I know for sure is that it’s been a long spell since anyone’s said, “I love you,” and I’ve believed it.