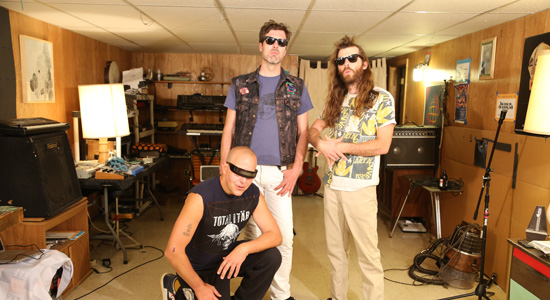 Joe Cardamone: When I was propositioned to do this series of posts for MAGNET, it seemed like a good chance to speak to the people. To you. Soon it became a daunting task of fill the page. I have little spare time at the moment, as I’m sure do you all. At some point after the anxiety settled, it dawned on me that it might be a good idea to sucker my fellow compatriots into the game and see what the folks who do good work have to say. About life. About art and struggle.

Wolf Eyes has soundtracked my life for small stretches over the years. I’m not usually drawn to white experimental by nature. 90{e5d2c082e45b5ce38ac2ea5f0bdedb3901cc97dfa4ea5e625fd79a7c2dc9f191} of it leaves me bored and anxious. Wolf Eyes has a spiritual voice to it that many of their contemporaries do not. In the same way Royal Trux made sense to me while others in the same genre just straight-up lost me, fast. I think the first record by Wolf Eyes that really grabbed me was Burned Mind in the mid-2000s. It celebrated the horrors of my existence at that time, and I was the only person I knew that liked it. I went to see them in a small rehearsal spot on that tour. About 40 people were there, but the show was off the hook. After the set, I smoked a joint with someone from the band.

Last year or the year before, No Answer came out. It was a high water mark for Wolf Eyes musically. I heard it right off the bat, and it was in a heavy rotation during our winter European tour. Driving down the back country roads of Wales to this music was more than suitable. It was the diamond dogs listening to straw dogs. There was a pulse and a life to that record that I haven’t heard in their previous work. This was around the same time that the U.S. media had decided to focus on Detroit for a moment. Long after the city had started to slip off the map. Coverage was coming in from all ends. The pictures of decay filled the internet. Our very own American third-world metro.

So for this post I offer a conversation between Nate and myself. No need to describe what we discuss. The phone wasn’t recording right away so there is a second where I try to figure it out at the top. Unedited for you. Thanks to Nate and also you for lending an ear.