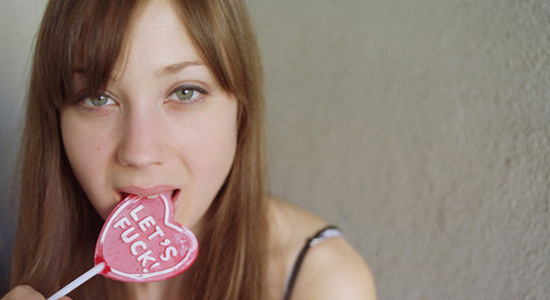 Joe Cardamone: Annie Hardy has had a complex existence. I have know her for most of my life at this point. There have been years where we barely talk more ofter than not. The day I got kicked out of my house on my ass, she was there to pick me up. I have always been able to count on her at my worst hour. She is also one of the most talented song birds of her generation, although I don’t think that fact has been fully realized yet. To me, her band Giant Drag only hinted at her potential as an artist. Her fans are insane about her, and her doubters are just as insane. She’s been a fixture in the Los Angeles artistic community but not for hanging around and being in the mix. It’s more than undefined charisma that draws people toward her; plus she can be pretty fucking hilarious, too.

I am planning to do a new recording with her this year. One that chronicles the last few years of her life. She struggled with artistic rejection, personal demons, people being massive let downs and losing a child. When I see some of the stuff kids write about these days, it just doesn’t move me toward their story a lot of the time. I have always been drawn toward music that had to live through something to get there. Legit shit. With her, it is all legit, real shit that has gone down, and she is a survivor. I champion the survivor. Anyone can be new-car smell. Seriously, just about anyone. If they haven’t seen you before, then they are cool because they are discovering you. Its a powerful-yet- fleeting currency. I’m interested in the ones who have long since smelled used and tore up and now have to rely on instinct and primitive expression to get it out. The ones who really don’t give a fuck anymore because there’s simply no reason to.

In today’s episode, we don’t get so deep about shit. I just stopped by so that Annie could show me her ionic foot bath, of which I am skeptical. After the foot bath, we went into her kitchen to chill and share a raw vegan dessert, which was seriously on point. Annie has become an urban farmer and a threat in the kitchen. This is a girl who I used to see eating Del Taco like some alley raccoon. In the best way possible. Those who know her have been inspired by her and probably offended, too. She is working on a new batch of material for you out there in MAGNET land and also operates an Airbnb healing house of her own design in North Hollywood. Here is a moment in our time.