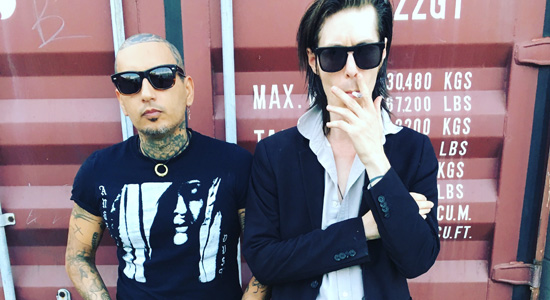 Joe Cardamone: Rafael Reyes came into my life much like most people who stick to the ribs. We booked a last-minute, ill-conceived warm-up show in San Diego to prepare for some date in L.A. We went onstage to a loosely filled room. No one probably even knew we were playing. We knew it, though. It was a ferocious lineup and the Slave Vows material was fresh blood. We hit it like we do, all in no matter who the fuck is in the room. The local was a group called Vampire. Who the fuck are these guys, man? Vampire? They had better have something going on, or it was not going to be pretty. We just slayed ourselves. I went outside to smoke and relax after the set. Don’t throw up, old man. I back in once I heard some sound. My bass player Lance gave me the look as I walked in like, “You need to check this shit out.” I looked at the stage and the first thing I saw was a full shrine with candles and all that shit. Pictures of dead artists and crosses. It was for real. Then I saw Rafael. What is this cholo doing singing this goth music? I never seen anything like it before. The guy was giving it to the room. Had his sunglasses on and was in deep. It was striking, I have to say.

At the end of the gig, I thought, “Well, that was something; let’s go home.” Rafael came up to me and told me that my set was inspiring so much so that he was breaking his band up. I thought that was either a huge compliment or that I had done some damage. We exchanged info, and off into the night we both went. A few weeks later, I got a call from Rafael that he wanted to come up to the studio to record the songs that Vampire was to leave behind. I was down and told him get the guys, and we will make a go of it. The sessions went well, and a bond was quickly formed. We bonded on the fact that we had both been outsiders in the punk/goth/underground scene for our entire lives due to our upbringings and social-economic backgrounds. Beyond that, I couldn’t help but want to foster his creativity. I wanted to encourage him to go further, because I knew there was something new and unique in his veins.

The rest of the story has written itself in the pubic eye. Rafael’s new group, Prayers, has since took flight. Finding a steady flow of attention after years of grinding in the ghettos of S.D. Exactly the kind of people that are my heart. We to this day keep close council and support each other in any way we can. Prayers are a major part of the American Primitive artistic movement whether they know it or not. He is an inspiration to me and I to him. How could someone bottle the punk mentality and the barrio action of my youth? He’s done it, and it feels like home. Simplicity is power. Concept is momentum. Today my brother from Prayers stopped by Valley Recording after a meeting, and we held court for a few hours. I taped some of the conversation so that your greedy ears have something to feed on. Leafar Seyer is in the room. 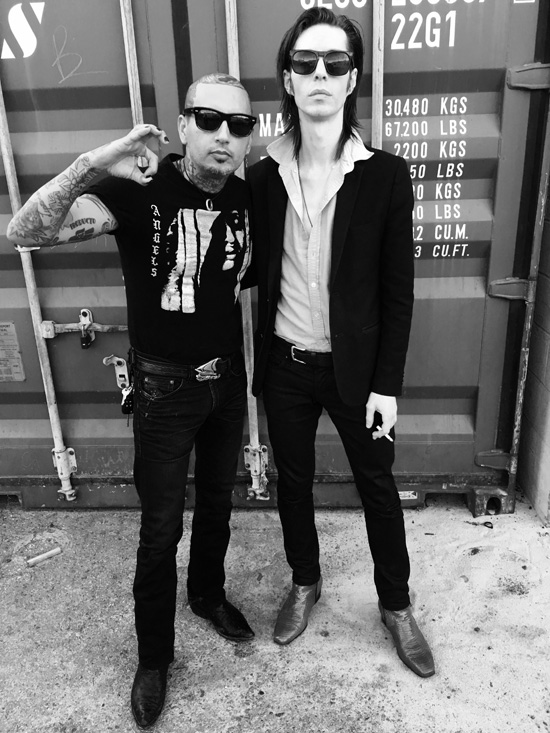