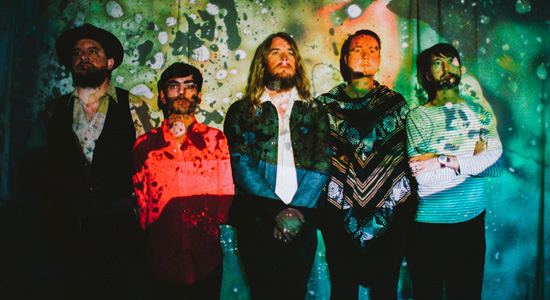 Israel Nash has big plans for his 15-acre homestead outside Austin, Texas. “The idea was to build a studio so you didn’t have to leave the land—a destination where people can record and stay in these little cabins,” says the Missouri-born son of a Baptist minister. “Willie Nelson has crazy stuff going on at his ranch, and I’d like this place to be on some level of that.”

Though “not much more than a barn” right now, it’s where Nash and his band recorded Silver Season (Loose Music), an airy, organic, somewhat druggy continuation of the Neil Young tangent that informed Rain Plans, the best singer/songwriter effort of 2014 you never heard. In the process of paying homage to his influences, Nash never really loses himself in the process. His approach is as genuine as it is familiar, making you long for the Young of old. “I originally wanted it to be a psychedelic rock opera,” says Nash with a chuckle. “But I quickly realized it was too ambitious.”

The pace rarely exceeds a concerted amble on Silver Season, melodies unfolding in a swirl of soaring falsetto vocal harmonies, pedal steel, acoustic strumming and heavily reverbed lead guitar. There are a handful of extended jams (“L.A. Lately,” “Strangers”) that ought to lend themselves nicely to his hypnotic live shows, which carry their own dramatic weight thanks to an accomplished and sympathetic backup band that includes Eric Swanson (pedal steel), brothers Joey and Aaron McClellan (guitar and bass) and Joshua Fleischmann (drums).

Fleischmann will be the last group member to relocate from New York to Texas in March of next year. The gradual exodus was prompted by Nash in 2011, who was catching on overseas, but still felt anonymous in NYC. “My wife and I were there for fi ve years,” he says. “At that point, I wasn’t even touring in the U.S. I’d quit my day job as a director of an after-school program in Manhattan, and I was touring in Europe behind (2011’s) Barn Doors & Concrete Floors, which we made in a barn in upstate New York.”

As for Nash’s new home in Dripping Springs, “I’ve really fallen in love with this place—making records on the land and being away from the normal concept of a studio,” he says. “I really believe environment drives human emotion.”