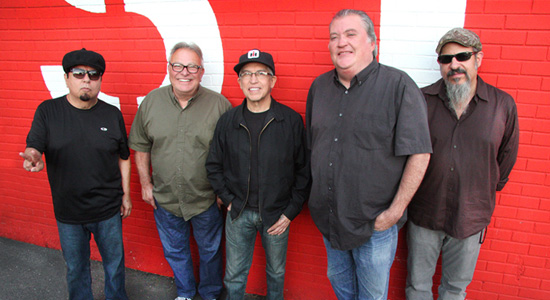 Established in 1973, Los Lobos is an American institution, not just another band from East Los Angeles. Boasting singers who write real songs and savvy multi-instrumentalists, the original group has managed to stick together to create an amazing body of work. Part of being a classic band is making classic albums, which Los Lobos has done quite consistently. Gates Of Gold is its first album of new material in five years, and a welcome addition to its expansive discography. With plenty of revved-up guitars and some Latin rock, as well as soulful balladry, Los Lobos can be counted on to generate a timeless formula that transcends strict categorization. While singer/guitarists Cesar Rojas and David Hidalgo do the heavy lifting, this is a team effort all the way, with Steve Berlin, Conrad Lozano and Louie Pérez adding a range of sonic backdrops including hard blues, acoustic introspection, greasy garage spunk and progressive-minded studio rock.