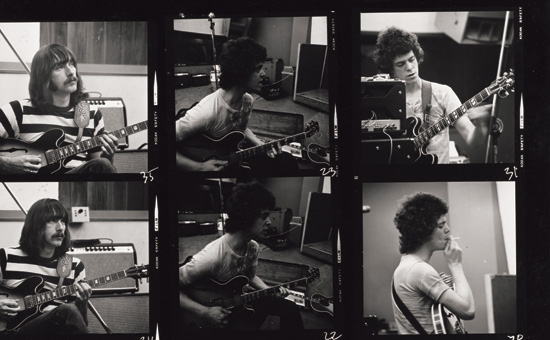 Indie long ago declared its undying love for the Velvet Underground; history lessons are no longer required. But what may represent a slightly less-known chapter of the band’s backstory is the origin of its final recording with Lou Reed, 1970’s Loaded: The album’s title, far from being the drug culture double-entendre that most likely suspected, was instead the band’s tongue-in-cheek reminder-to-self that it was meant to be its hit-single machine, the record its new record company wanted “loaded with hits.”

But being the Velvets, that effort failed—spectacularly—resulting in an album chock-full of some of the most melodic and memorable work the band ever produced (“Who Loves The Sun,” “Rock & Roll,” “Sweet Jane,” “I Found A Reason”) that nonetheless belly-flopped in its quest for an audience beyond its previously established base. It’s entirely likely that you already have this (vinyl, CD, download), but a few reasons to consider plunking down for it again: remastered versions of the 1970 original in both stereo and mono, a newly remastered version of 1972’s Live At Max’s Kansas City (recorded by Warhol crew member Brigid Polk on a portable cassette player and documenting Reed’s final performance with the band), as well as a remaster of the widely bootlegged Live At Second Fret, Philadelphia, 1970, as well as the usual treasure trove of b-sides, demos and working sketches of songs-in-progress.

Even for those among you not necessarily a member of Team Doug Yule and that particular era of the Velvets, this reissue defi nitively covers the fi nal chapter of Reed’s time with the band that not only established his street cred, but launched him headfi rst into his solo career.