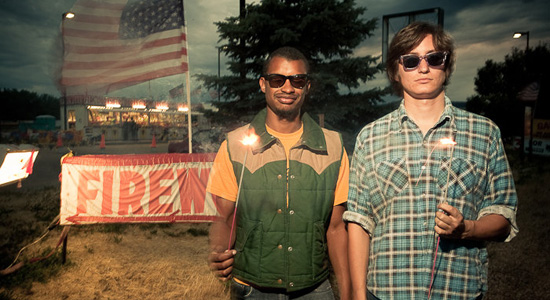 Cook: Considering our music community is so isolated from the rest of the country, it makes sense to use this opportunity to share a bit of it. Denver has a long history of rock ‘n’ roll, punk and metal music coursing through its veins. However, in recent years, a lot of our breakout artists have come more from the indie-folk, flat pop side of things, with some notable exceptions (see Nathaniel Rateliff/Night Sweats). We do still have a thriving rock ‘n’ roll scene, replete with frenetic live shows, rabid fans and artists starting to break nationally. Case in point:

In The Whale is one of our local scene’s biggest acts, and definitely one of its best. Total violence incarnate. A mixture of Burnside riffs, Cowboys From Hell distortion and massive drums that recall Drive Like Jehu’s Yank Crime. Enough has been written about big-sound two-pieces, and frankly, who gives a shit how many members a band has, but it should be noted that they do everything they do with a limited set of tools: drums and guitar. They’re resume also should speak for itself, having done tours with: Jane’s Addiction, the Toadies, the Darkness, Presidents Of The United States Of America, etc. If you get a chance to see them, and with their outrageously rigorous touring schedule you will, do it. Don’t be a dick.