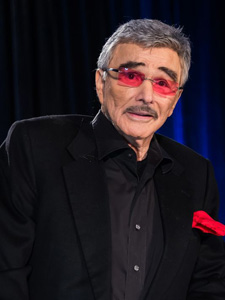 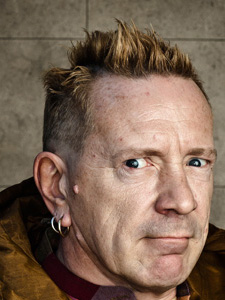 The holidays have a way of attracting characters from long ago with something to prove. It might have started with the ghost of Christmas past visiting Ebenezer Scrooge more than 100 years ago in Dickens’ A Christmas Carol. Last night, Stephen Colbert dragged a sad-looking Burt Reynolds, about to turn 80 early next year, into the public eye. They had to open the segment with the soft-spoken, one-time star of Boogie Nights and Deliverance already seated next to Colbert, as Reynolds admitted it had taken him a long time to walk the distance from backstage to the camera.

Just as shocking for those who knew him 40 years ago as Sex Pistols frontman Johnny Rotten, was the current state of John Lydon fronting a rehydrated version of Public Image Ltd, his noisy band that followed the Pistols’ 1978 demise. With what remains of his hair teased into some kind of punky spike, Lydon tried his best to sound pissed-off while he sang, as PiL attempted to recreate the swagger of its 1980 San Francisco debut at the South of Market Cultural Center with Flipper in support. But it really doesn’t work anymore.

Afterward, Colbert gave a hearty handshake to a grinning Lydon, who hits 60 in two months. If Bill Graham had tried to do that in 1978 after the Pistols played their last show ever at San Francisco’s Winterland, Rotten probably would have tried to punch him in the chops. And a bare-chested Sid Vicious might have taken a swing with his bass, then fallen off-stage. But that’s back when people were really angry.