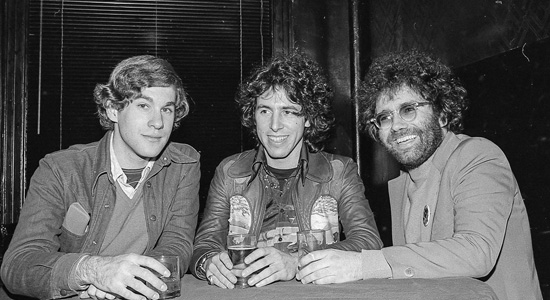 Collectively, this is the raw-powered, usually (surprisingly so) melodic start point of punk’s fist-to-face reign. It’s toweringly tuneful stuff when you consider the potency and contagion of Chris Stamey’s power-popping “The Summer Sun” and “Where The Fun Is,” the latter-day drooginess of Alex Chilton, and the (still) starkly anthemic “(I Belong To The) Blank Generation” from off -kilter vocalist Richard Hell and revolutionarily angular guitarist Richard Quine. Cheetah Chrome, the Feelies, Link Cromwell (a.k.a. Lenny Kaye, author and Patti Smith guitarist) and Television are still with us, and their early tracks have the gusto, dippiness and crackle of youthful effusion. The rest of Ork Box’s stars—Marbles, Erasers, Prix—are gone, like its namesake. What’s left is the warts-and-all aesthetic they created, a noise that defined their minds and their time.