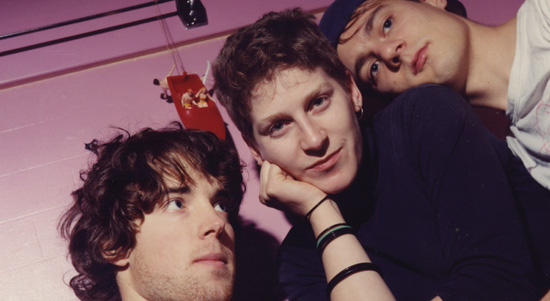 Thirty-two years after the Olympia, Wash., trio flubbed its first notes on tape, Beat Happening’s amateur appeal remains evergreen. Cherry-picked from albums, EPs, singles, stray tracks and prior compilations, best-of Look Around isolates the bed-headed soul that Calvin Johnson, Heather Lewis and Bret Lunsford breathed collective life into. The apparent naiveté of songwriting and lyricism alike was informed by a curdled knowing. This resulted, often, in lo-fi dualities made all the more transfi xing because hooks were never in short supply. Scorched dirge “Nancy Sin” could function as double-dutch staple or blues-club standard; secular jangle homily “Angel Gone” deigns to damn via the faintest empathy. The rickety, Lewis-sung “Foggy Eyes” is a Polaroid of 20-something lovesickness that endures in its stark emotionality. One can imagine young campers singing “Other Side” around a fi re or from opposite ends of a game of Capture The Flag— yet it translates so easily to an adult frame of mind that the line of separation thins. As underground sacred texts go, we could do far, far worse.