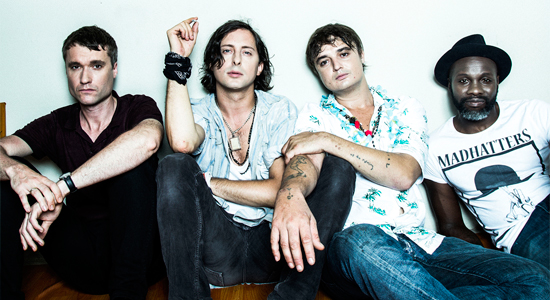 That the Libertines—returning to the spotlight after imploding more than a decade ago—managed to record a new album, let alone one as good as anything they’ve ever done, was one of 2015’s more improbable musical events. Particularly in light of Pete Doherty’s increasingly wayward behavior over the last 10 years, where he transformed himself into a smackaddled tabloid headline. This LP could have been titled Too Much Junkie Business and no one would have batted an eyelid. Instead, with an apparently smack-free Doherty on board, the Libertines returned triumphant.

All the elements of old remain present and correct—the self-mythologizing; the ragged romanticism; the heroic, insular, unapologetically English world where references to the likes of Orwell, Orton and Owen abound—but this time with a more battle-scarred edge. There’s a sense of ruefulness throughout, a sense of wonder that they’ve made it through intact. They’ve reined in the more ramshackle elements of old, but retained their sense of purpose. Above all, it proves—if proof were needed—what a great lyrical and literate songwriting team Carl Barât and Doherty were and are, before the drugs soured everything, and what a resolutely unique vision they still possess. —Neil Ferguson