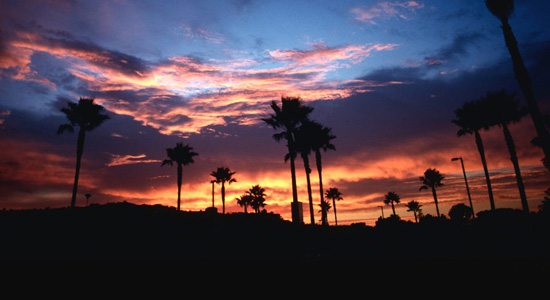 Dewese: I had an idyllic childhood growing up in the suburbs outside Dallas, Texas. Besides the gridular, concrete-laden tract home-neighborhoods, we still had trees to climb, fields to destroy and creeks to splash around in. Folksy and charming qualities for sure, but it didn’t take me long to realize that my favorite sports (BMX Bikes, skateboarding and volleyball) and TV shows (CHiPs, The Fall Guy and Simon & Simon) all had one thing in common: Southern California. The endless beaches, seemingly perfect weather, punkish, bratty teenagers, tanned, pretty girls and Hollywood mystique—was it even real? If so, why didn’t everyone live there?

Those Dorito-fueled ’80s childhood memories would be the best explanation for my California migration as an adult. Sure, it can be expensive at times, and traffic sucks at rush hour (where doesn’t it?), but the state is truly paradise. Aside from birthing my favorite sports and media, it’s a natural playground that can be enjoyed year-round. Perfect beaches, snow-capped mountains, deep canyons, fertile farmland and arid deserts. Heck, in one day you can surf in the morning and snowboard in the afternoon. No joke! Psychiatrists say that childhood experiences greatly effect our actions as adults, and I would to agree. I am no exception to that rule. Deep down I’ll always be a Texas boy, but I love Southern California.