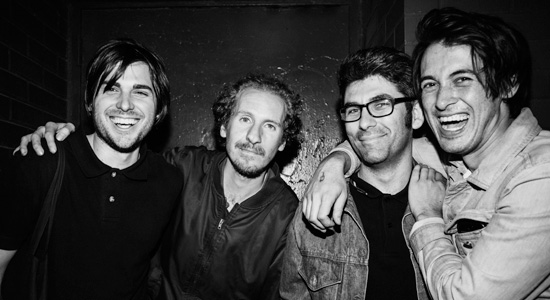 The second LP from this Sydney, Australia quartet—its members are identified only as Shogun (vocals), Law (guitar), Joe (bass) and Shortty (drums)—can probably be found in the punk section down at ye olde record shoppe, and given the band‘s barebones aesthetic, they might prefer it. But to slap that tag on High does it a bit of a disservice—it’s a varied, surprisingly nuanced effort that transcends that label’s limitations and the album’s less-thanpristine production. Speedier tempos dominate (“My Own Fantasy,” “Need You,” “Love Her If I Tried”), but the slow-burning soul strains that infuse “Wouldn’t You Know” and the catchy, Britpop feel of the title track and the chiming “Carolina” are equally thrilling. The bass line on the punishing “Garbage” is one for the ages (way to go, Joe!), as is the propulsive tune’s withering takedown of someone Shogun apparently doesn’t much care for: “You’re as low as they come/You’re not punk, you’re just scum.” That type of raw, cathartic emotion permeates High, and the effect is intoxicating. By the closing notes of the frantic “Electric Shock,” a blissed-out ode to numbing your senses, you’ll definitely feel like you’re on something, unless you’re dead inside. —Matt Hickey