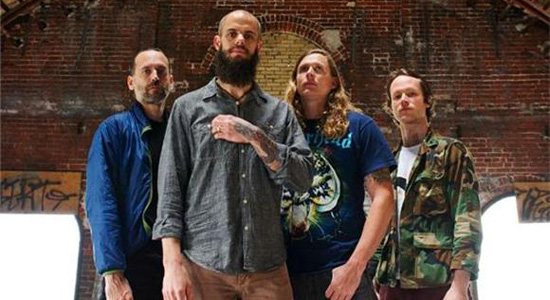 When we last saw Savannah four-piece Baroness, it was exploring vast expanses of sound and style on 2012’s double-LP Yellow & Green, pushing the boundaries of what metal can mean in the 21st century. It was progressive, it was melodic and it had teeth. Returning to a more focused approach on Purple, the band brings some of those stylistic discoveries to a tight, 42-minute collection.

“Desperation Burns” has some of the hardest riffs I’ve heard from Baroness since Blue Record, while the beautiful pop melodies on “Chlorine & Wine” could be a crossover moment, in a Metallica Black Album kinda way. If that sounds like a dis, it’s not, and I implore you to cue up the epic “If I Have To Wake Up (Would You Stop The Rain)” to hear how both approaches can interact with brilliant results.