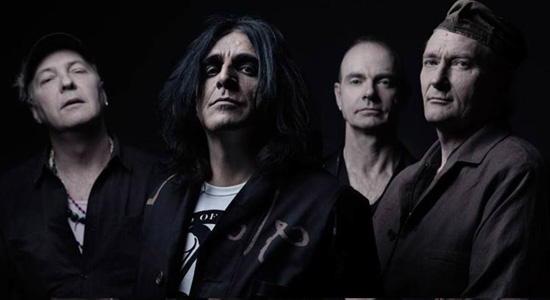 We’re long past worrying whether a new Killing Joke album is going to compromise the integrity of the band’s post-2002 comeback phase, or trick the world into believing it’s something bigger simply due to not being a complete embarrassment. The conviction that Jaz Coleman and Co. harbor when it comes to the general end-days—and sometimes even conspiratorial subject matter motivating this phase two—doesn’t hurt, and Pylon dumps a lot of the relative optimism of 2012’s MMXII in favor of a venomous sonic dissonance that recalls 2003’s self-titled comeback album, or even 1990’s blindsiding monstrosity, Extremities, Dirt And Various Repressed Emotions.

The insanely catchy opening single, “Euphoria,” is a bit misleading, as the entire album takes the greatest assets of its creators (namely Youth’s golden riffs and Paul Ferguson’s often organically powerful drumming) and exhibits four graceful, dignified, very serious musicians grabbing the rest of the world by the neck and trying to shake some sense into an irreversible downward spiral.