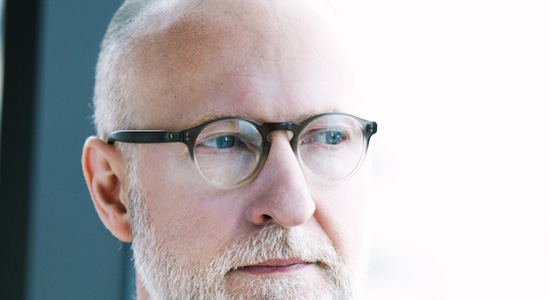 Patch The Sky is the new album from Bob Mould, due out from Merge on March 25. He’ll hit the road this spring for a North American tour … Robert Pollard has announced the March 4 release of his 24th solo album, Of Course You Are, via Fire America … Anti- will issue Glen Hansard’s new EP, A Season On The Line, on February 19 … April 1 will see the release of IV, the latest Black Mountain record, on Jagjaguwar … The third album from Yuck, Stranger Things, is due out via Mame on February 26, with a full U.S. tour to follow … Hitch, the third LP by the Joy Formidable, is set for a March 25 release … Moderat—the trio comprised of Gernot Bronsert, Sebastian Szary (a.k.a. Modeselektor) and Sascha Ring (a.k.a. Apparat)—will complete their album trilogy with the April 1 release of Ill via Mute/Monkeytown … Rainman Records’ next installment of its acclaimed “British Live Performance Series” will feature the Buzzcocks’ 1989 Central TV performance; the CD set will be available March 25 … On February 26, Peter Frampton’s Acoustic Classics, which features stripped-down acoustic versions of his hits, will be released by Red Distribution … A new album of country-tinged duets by Teddy Thompson & Kelly Jones, Little Windows, is due out from Cooking Vinyl on April 1 … George Fest: A Night To Celebrate The Music Of George Harrison is a concert film and album, recorded September 28 and featuring the likes of Brandon Flowers, Norah Jones, Wayne Coyne, Britt Daniel and more performing George Harrison’s greatest songs. It will be released February 26, the day after what would have been his 73rd birthday, by Hot Records … Mark Mallman has announced the March 25 release of The End Is Not The End via Polkadot Mayhem … Light In The Attic will reissue 1976 documentary Heartworn Highways (which features Townes Van Zandt, Guy Clark, David Allan Coe, Larry Jon Wilson and more) as a 40th-edition boxed set on April 16 … February 26 marks the release of Willie Nelson’s Summertime: Willie Nelson Sings Gershwin via Legacy … A new documentary by Andrew Horn featuring the rise of Twisted Sister, We Are Twisted F***ing Sister!, will be available in select theaters on February 19, with the DVD/Blu-ray/VOD/digital release taking place February 23 … The 75th birthday of Michael Chapman is being celebrated with the January 24 release of Fish via Tompkins Square.