Shearwater’s Jet Plane And Oxbow is an album that looks backward—to the recording technologies and sounds of the early ’80s—in order to interrogate the present and to contemplate the future. Shearwater’s moody, thoughtful style, built around Jonathan Meiburg’s dramatic, beautiful voice, turned toward rock with 2012’s Animal Joy, which now sounds like a stopover in the flight path toward Jet Plane. Meiburg used period-specific instruments; his guitar playing alludes to Adrian Belew’s work with David Bowie and Robert Fripp’s with Peter Gabriel; he integrates the stark sounds of Joy Division and early New Order. But the goal wasn’t nostalgia. Jet Plane doesn’t sound retro, nor does it sound like an homage. The allusions are there to create a sonic parallel to our time. Meiburg will be guest editing magnetmagazine.com all week. Read our new Shearwater feature. 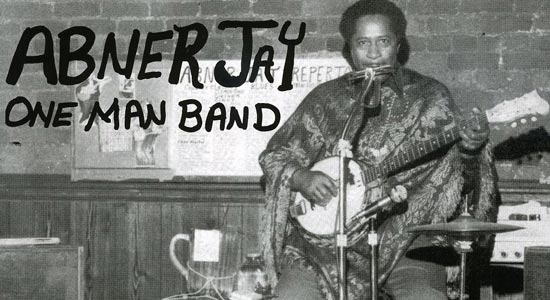 Meiburg: Does Abner Jay think you’re a fool, or does he know it? A canny, incredibly talented musician who often performed as a one-man band (accompanying himself on hi-hat, banjo and harmonica), he called himself “the last of the black minstrels”—but that was certainly tongue-in-cheek. Some of his songs are basically shaggy-dog stories, and most are really funny, but a knowing weariness shines through every performance that makes it impossible not to want to hug him, even when you’re pretty sure he’s laughing at your expense.

Title track “Swaunee Water” is one of the strangest songs you’ll ever hear. At first Jay claims to be singing, or singing about, Stephen Foster’s “The Old Folks At Home,” but the song never appears; instead, he launches into a rambling monologue about the geography of south Georgia and the health-giving properties of the Suwannee river itself. Other highlights include “I’m So Depressed,” “I’m A Hard-Working Man,” and “The Reason Young People Use Drugs.”