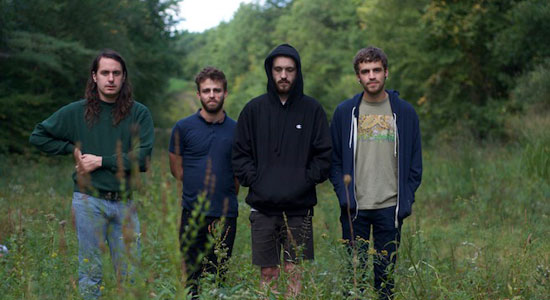 Emo isn’t all tragedy. While the Hotelier’s 2014 record Home, Like NoPlace Is There was a taut, cathartic work of heavy grief, Goodness is proof that the genre does not necessarily boil down to sadness and pain. Instead, Goodness dwells on beauty and a realistic, cyclical concept of love. The record takes the passionate and poetic raw material of Home and gives it some breathing room. The result is an album that’s not nearly as forthcoming, but instead works to slowly create a warm, comfortable environment adorned with spoken-word portions and airy interludes.

All of this is to say that Goodness is an impeccable milestone for the genre and for 2016 at large, a gorgeous record that effortlessly invokes nostalgia and inspiration through patiently wrought climaxes and impeccable lyrical imagery. Take, for example, the show-stopping “Sun,” which forgoes any repeated flashiness in favor of a six-minute build-up. This technique gives the slow beauty of the early choruses, the atmospheric break of the bridge and that final eruption (“Carved your name across the sky in a fit of exiting”) an increased opportunity for focus and success. Even the more immediate tracks, like “You In This Light,” are rewarding on successive listens, with a nuanced mix burying some of the song’s most incredible moments beneath a loud, dewey-eyed refrain (“You in this light feels like a thing I can’t remember”). Goodness is a record that begs to be unfolded over months and years to come, one that promises increasing returns as it sinks in and starts to become personal.