These are the true tales of the rail and the wing, seen from the vantage point of train stations, dressing rooms, airports and the not-so-glamorous back of a cab. Buckle up in the jump seat for this caffeine-fueled 15-day tour of Italy, Austria, Denmark, Germany, Netherlands, France, England and Ireland. Don’t forget your passport. 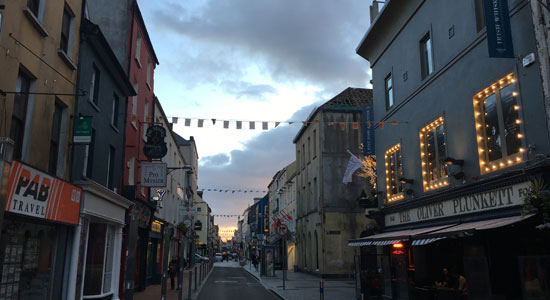 May 2: Dublin To Cork
It’s a few hours drive from Dublin to Cork. I’m fueled for the ride, with a coffee and a scone. A short distance out of Dublin and the grassy terrain gently undulates. Rain comes and goes. The venue, Cypress Avenue, is named after the Van Morrison song from Astral Weeks. Cork is very quiet upon arrival, again on account of the bank holiday. A few restaurants are open, a few bars, but that’s about it aside from the club. I’m sure it’s a nice place to visit when it’s open. The staff at the club welcome me. The room is a good size with a stage that stands about waist level. I’m baffled by a video projection screen however, just to the right of the stage. It’s the kind of thing you see at a big arena show where the band is projected on a screen for those in the nosebleed seats, except it’s next to the stage in a room that holds about 200. “Can we lose this screen?” I ask, to which they gladly comply.

The next line of business has to do with the metal chairs, about 100 of them, lined-up and wired-tied together near the stage. It looks like some power-point presentation is about to commence. I ask, “Can we maybe do away with the chairs?” I’m told this may present a problem. The patrons will want to sit, I’m told, and in the absence of metal chairs will drag all the barstools in from the bar and place them at the edge of the stage. The barkeep assures me, “If you don’t want the chairs, we’ll have to remove anything that looks like a barstool in the building.” A tad extreme I’m thinking. “Can’t you just ask them to leave the stools at the bar?” I suggest. “Well we tried before, but it’s no use.” He jokes “With the new laws in place, we can’t simply beat them anymore.” Always a step towards progress to avoid beatings I figure. Anything that can be sat on is then hauled out back leaving the room free for the crowd, who are in high spirits.

They know the words to the songs, something I aspire to when I go off-roading tonight. It’s a loose but fast moving set. The show clocks in at about an hour and 45 minutes, followed by greetings, signing and photos. At midnight, I’m back in my room. The last show of this tour is a wrap. In the morning, I’ll be driving back to Dublin and then flying to London, where I’ll spend the night. Time to re-pack, a little break in the travel. I’ve got one clean shirt left from the small load of laundry I did back in Vienna. My suitcase is full of Crunchy bars from England. I can’t find them at home. It’s a routine. One of many routines that makes the travel a little more bearable and gives me a sense, however small, that I know where I’m going. I may be travelling by air, by rail, by pod, but if my guitar is within sight and there’s a Crunchy bar in my bag, all the rest will surely fall into place. 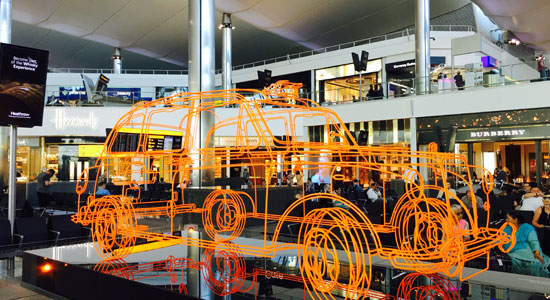 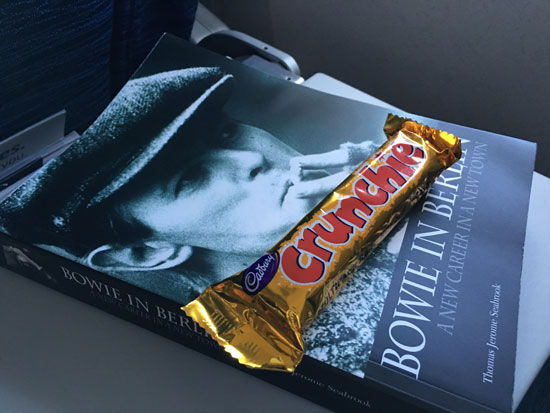