After a pair of solid releases that established Robert Ellis as an eccentric singer/songwriter with a traditional country foothold, his new self-titled LP is as definitive and weirdly beautiful a statement of defiance as you’d expect from a guy whose primary touchstones are Paul Simon and Randy Newman, as opposed to Townes Van Zandt and Jerry Jeff Walker. Perhaps that’s why the two best tracks on a uniformly great record—the structurally sophisticated yet effortless opener “Perfect Strangers” and the brooding, soulful “California”—are keyboard-based. Already an acknowledged ace on guitar at 27, Ellis has been reacquainting himself with the keys over the last few years. Ellis will be guest editing magnetmagazine.com all week. Read our new feature on him. 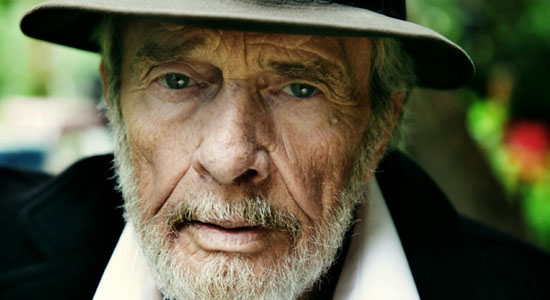 Ellis: I’m sitting at City Winery in Manhattan right now. It’s 5 p.m. on a Tuesday, and we have an “off” night on tour. Yesterday, I got a call from my buddy Aaron Lee Tasjan, who noticed I had a hole in the schedule in New York and wondered if I would want to come sing a Merle Haggard song at a tribute that he put together last minute.

What song to sing?

When you are talking about Merle Haggard, that’s an incredibly tough decision. He’s one of my biggest heroes and arguably one of the greatest and most prolific songwriters of all time. I ended up settling on “Misery And Jin.” We are about to get up there and run through it, so in honor of Merle I will leave you with this playlist.

I love you, Merle, and your songs have meant so much to me. Thank you.