My name is Everett True. I released the first record on Creation Records (My Bloody Valentine, Jesus And Mary Chain, Oasis, Pastels). I was the first music critic to write about Sub Pop Records. I founded two self-published magazines in the 2000s—Careless Talks Costs Lives and Plan B Magazine. Entertainment Weekly reckoned I was “the man who invented grunge” (1992). Kurt Cobain called me the “biggest rock star critic in the world” (check the video). Jonathan Donahue called me “our generation’s Lester Bangs,” but frankly I’m better than that.

I have written several books, a couple of which are still in print (Ramones, Nirvana).

The Electrical Storm (illustrations by reclusive French genius Vincent Vanoli is a collection of stories from my life, Some of the names have been omitted to keep me from having yet another target on my head (the list is legion), but in some of the cases if you think about it enough you can put together the clues of who the story is about. I started out by doing my own fanzine, and have long been a proponent of DIY culture. Hence this crowd-funding enterprise: an attempt to raise enough money to publish my memoirs, which come as a collection of short stories in the style of William Saroyan.

If you like this story, imagine another 100 or so of them, and donate at the link below to help get this book published.

Otherwise known as Grunge: My Part In Its Downfall, being an attempt to recollect a life probably best forgotten, the life of Everett True. Sad racy stories. Downbeat enthusiasm. Funny, cruel, clever, brutally honest … once you’ve read this, you will never be able to take music criticism seriously again. Like you ever did. 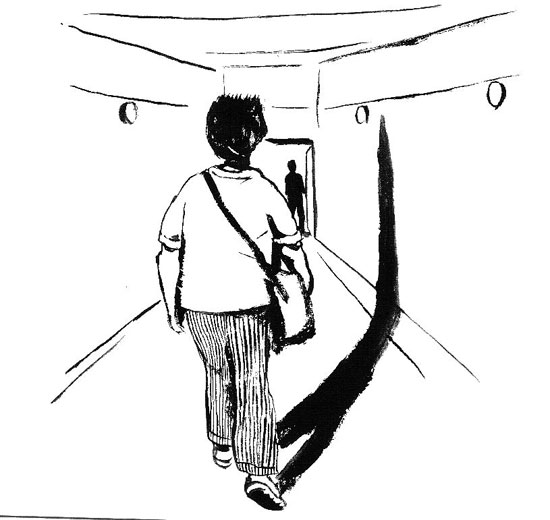 Madison Square Garden, New York City, 1997
I’m lurking in a long white corridor. Bare walls. Floors swept on a regular basis. Great reverb. There’s no one around. I’ve given the laminates and walkie-talkies the slip momentarily. I’m catching my breath. A woman sees me. She says, “You shouldn’t be here”. Uh-oh. Rumbled. She says, “You should be in here, you’re late” – and pushes me through a door.

I’m in a room with five other people, one of whom is David Bowie – and he’s looking expectantly in my direction. I duck behind a cameraman. He answers some questions. He’s still looking in my direction. I offer my hand. He shakes it. I mumble something about how pleased I am to meet him. He smiles. Honour is satisfied.

In a room a little way off, a large pop star with big hair is waiting to punch me for what I said about his dullard music. We’re not on first name terms, so let’s call him Bob. He knows what the fuck I look like. He sees me several times. He doesn’t go near me. They never do, the ones who brag in print about hitting you. Think about it. If someone’s going to have a pop at you, would they warn you first?

I exit David’s room. I’m in another passageway – anaemic and white and sterile like a rerun of Holby City. No one is smoking. I can hear laughter. I try a door handle. The door opens into another dressing room with a bunch of pop stars standing round, holding drinks, trying to out-casual one another. I figure I need one – or several – of those drinks so I join one particular group and we start chatting, laughing. Exchanging the time of day.

There’s a slight lull in the conversation.

“Still…” says another, heavily. “At least your band didn’t split up straight after he spoke to them.”

You can help crowdfund and order advance copies of the book here.

You can find out more information about the book company here (includes the now-legendary first volume of 101 Albums You Should Die Before You Hear).