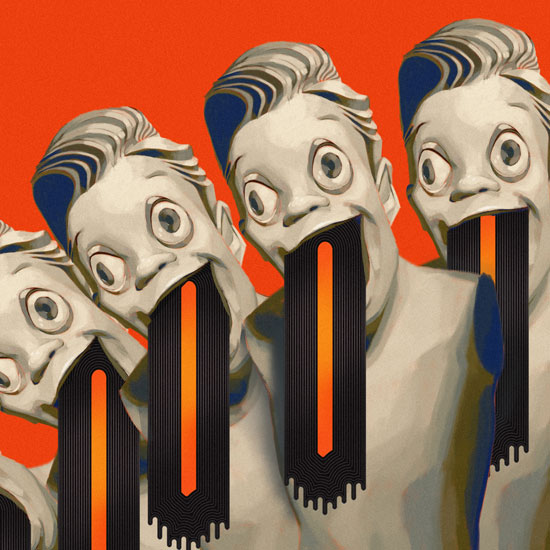 In January of this year, when I wrote a Street Team column of yore, there existed absolutely no available information of an official nature about what was both a positive and negative attention magnet as well as an internal PR anxiety for the Record Store Day organization. I am referring, of course, to the triple-tiered entity known as “The List,” and any residual activity on behalf of the preceding over-the-jeans handjob that was RSD Black Friday was all but snuff ed out of the collective conversation by the year-end list/ recap circle-jerk of a month-long extended fuck-off vacation gleefully taken by 99 percent of my colleagues in bylines. So with no list, there were yet to be any of the building blocks that make up the collective written and reported blob of misguided journalistic embarrassment that is Record Store Day Dissent. I honestly believed myself to be some prescient culture consultant via passages like …

“It’s obviously far too early for content farms to start spitting out this year’s array of ‘Are major labels ruining Record Store Day because one took a fresh shit on the kitchen floor this morning and they are definitely responsible for that horrible accident on I-40 last week?’ Clickbait page-view generators dressed up as ‘think pieces’ or ‘investigative music journalism.’ So I have a little prediction to make about how RSD 2016 is going to play out in this regard. On whatever date has been allotted for the mass switchover from creating David Bowie-related content to anti-RSD fare (April 14?), there will then arrive a much smaller volume of Record Store Day negativity and criticism, the hilarious RSD responses it generates, all the other crap that constitutes the morass of negative RSD-related baggage, and the attendant words and punctuation arranged to seem like this stuff instead of the line item on the Converse or Ray-Ban or Ford Focus sponsorship deal that it really is.”

While there’s no way to prove it, I harbored more profound and overarching predictions about RSD 2016, like, “There will be far fewer official titles released,” and the directly and indirectly related, “There will be fewer once-perennial labels participating.” Instead of following the aforementioned claim with either of these now-true predictions, I just derailed the rest of the column with more of my self-righteous ranty-rant based on a very real concern for the current and future health of music writing but more immediately rooted in very poor choice of battles therein.

“Anyway, why won’t 2016 simply see another incremental ramp-up of the tepid and misguided journalistic firing of blanks in question? Well, let’s just put it this way: I won’t let it. Not in my house. My same prediction for 2015 (made exactly a year ago) proved wrong, and that’s fine. But I will simply refuse to acknowledge the existence of a music journalism/criticism/ commentary landscape that allows another incremental increase in the sort of thing that really makes me ashamed of being associated with the thing that defines me. Seriously.”

No, seriously, what the fuck gets into my head sometimes? Other than various types of grammatical catastrophes, like the doubling-up of “thing” and how that doubling-up happened in the final sentence of the above-quoted section. Anyway, that’s what I turned in. I’m too terrified to confirm whether the structural pants-pooping made it into the public sphere. Of course, there was a down-tick in “major labels this … ” and “major labels that … ” excuses for “investigative” music journalism and “pointed” op-ed pieces, because everything was dialed down this year … in a very calculated fashion. The handful of above examples might as well have been the new evil buzz-term of “sponsored content.” It would look weird if no dissent at all showed its face, so if it’s going to be there, it might as well exist in this reliable safe-space.

The highest price someone paid for an RSD 2016 title (BTW, I’m referencing only examples and sources based on U.S. RSD rather than worldwide info) via eBay was $236.76 for the James The Greenpeace Palace Concert 1992 LP. I’d say that’s a tad “whelming” compared to the astronomical monetary mountains people have climbed in recent years, impulsively and driven by poor judgment (wait a few days or months, my friend) for an RSD title. But let’s take a look at Discogs, eBay’s first true threat. Well, that title has never sold through Discogs, and there’s currently one available for $62.99. As of this writing, the highest priced leftover RSD 2016 stock on Discogs is a sealed (duh) copy of Light In The Attic’s Heartworn Highways 40th anniversary edition boxed set for $215, and the highest-priced single release is a hefty $213.95 someone thinks they’re going to nab for David Bowie’s The Man Who Sold The World limited-edition picture disc. Having watched Bowie’s corpse get harvested for every cent and word it could possibly be worth since his passing several months ago, it wouldn’t surprise me if this short-con non-artist was able to separate that amount from someone’s wallet.

There were only around 340 (again, ostensibly) official RSD 2016 titles this year compared to the upward of 500 that appeared on 2015’s version of The List. The fat-trimming wasn’t really that at all, naturally, but a combination of absentee labels and boardroom “how can we avoid all of that pressing plant nastiness this time around?” meetings. The bubble has not popped, as I’m sure some have surmised. Next year, RSD will probably return to its confusing, blown-out former self. But please don’t mark my words.