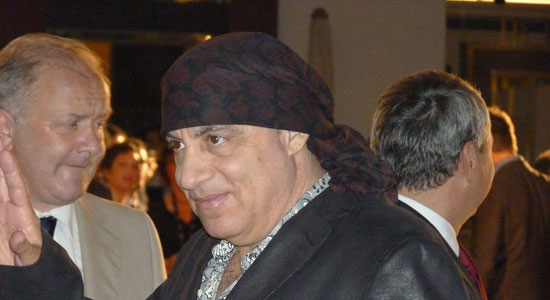 Harrison: I’ve spent little time with bona-fide rock stars, but my evening riding around Austin in a limo with Little Steven Van Zandt a few years ago, in search of acceptable “garage rock,” was one I’ll never forget. I found him to be generous, modest and utterly hilarious. This year at the South By Southwest awards ceremony, our bassist George Reiff shared the stage with him, and when they were chatting afterward, George updated him on my doings, explaining how I’d recently undertaken to write and record 64 songs inspired by readings from the I Ching. He said Steven looked blankly at him and said, “Why? What’s he trying to do, win some kind of medal?” Well, upon reflection, I think that’s a great idea! I’d love some sort of medal or award. In fact I’ve prepared an acceptance speech that I think may work for almost any occasion. It goes like this:

This Movie Was Very Difficult To Make
I admit, at times I had my doubts
Conditions beyond extreme
Temperatures dropping into the 50s
Half the actors covered with pesticides
God! Waking up every day at 9
No froth on the latte
But—we coped! And that’s the point

The message especially for the kids today is that
We worked our butts off to bring you this
Ultimately, scripture getting us through
Then out of nowhere—Jesus H Christ—Grandma died
And the Lord made her death our battle cry
(Never mind that she was at least 200)
Because this is what she would have wanted

For me to plug in my 1969 Fender Jaguar
Blast the living bejeezus out of my neighbors
And for us to create, to defend this unnamable thing
We are presently rallying around
And ready to kill for
(The scene with the swan was especially tough)
But I digress

I learned Latin, and percussion
And ad-libbed the best bits
So Viva la Grandma!
Here’s to her, to Latin movies,
To percussive cameos and this … this … thing …
This majestic, filthy piece of implied sincerity
And who’d have ever thought I’d be accepting this award