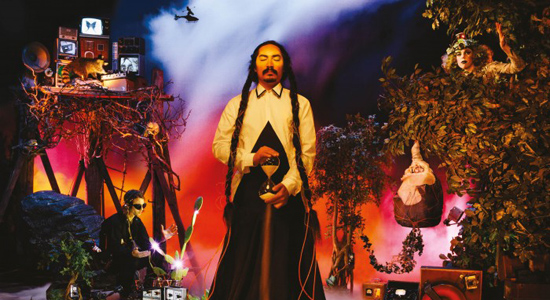 The experimental, garage/art/folk of the Low Anthem is one that never ceases to saunter past prediction. The band follows no cleared trail, yet obtusely does well to cover it up so no one else can find it. Eyeland pars that course. It’s a record best described as 13ghosts’ illegitimate lovechild with Captain Beefheart, replete with horns often surfing the “key” of the songs or lack thereof—a psychedelic ride down the log flume of spacey folk music with Here Come The Warm Jets and The Very Best Of Woody Guthrie jostling for PA dominance.

The record runs the gamut of ’80s video-game soundtrack to the greatest song ever written about legendary shortstop Ozzie Smith and his backflips, making use of turntable DJ tricks in the middle of the most riled-up song on the record only to turn it on its ear with an out-of-tune horn section takeaway. True story.