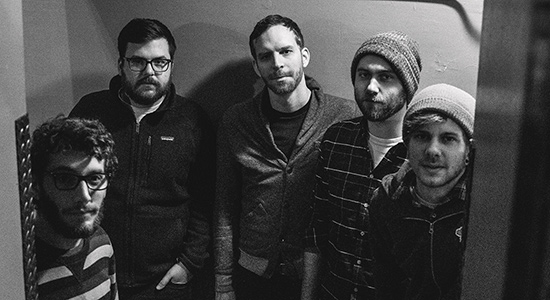 It’s not as easy to pack as much action into 13 minutes as Lifted Bells makes it seem. With Overreactor, the band’s third EP and first for Run For Cover, the band’s nervy, mathy emo is as fun as it is chaotic, four rock ‘n’ roll songs that twist and turn enough for 10. Featuring members of Braid, Stay Ahead Of The Weather and another ego supergroup, Their/They’re/There, Lifted Bells spin you around with surprising exuberance. And Bob Nanna (who’s been busy this summer, touring on the 15th anniversary reissue of Hey Mercedes’ classic Everynight Fire Works) brilliantly molds his mouthfuls of words atop Matt Jordan and Matt Franks’s zooming, angular, astounding guitars. And somehow, the band still finds a way to pack in memorable and catchy hooks by the fist full, squeezing them into every tiny empty crevice of these full, vibrant and dense pop/rock tunes.

The title Overreactor implies a state of spiraling out of control—one (supposedly) inconsequential thing leading into to a series of unwarranted responses. This makes a mess of personal lives, but Lifted Bells turns the phenomenon into a record that sounds genuinely inspired. Songs and ideas run into each other like they can barely be contained or controlled, but not in a messy or unwieldy fashion. Guitars collide and explode behind wonderful hooks, like on the quick, barely refrain of “killing a million minutes” on “Lilly Sierra.” Chaos becomes organized and logical when all of the band’s elements come together, making for a stellar EP and an incredibly promising preview of the band’s forthcoming full-length debut.