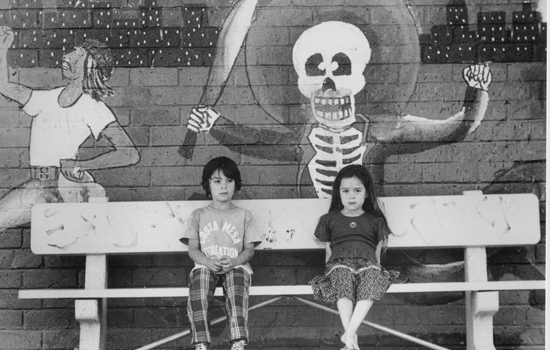 Michael Raines: Agnès Varda’s films are obsessive in their pursuit of the idiosyncratic and mundane. She doesn’t let a stone go unturned or a mound of trash unsorted or, as seen in Mur Murs, a wall go unnoticed. She is cinema’s most perceptive and compassionate filmmaker, taking nothing and no one for granted. Mur Murs is life-affirming, playful and colorfully curious. It should be required viewing for anyone living in the greater Los Angeles area, and it’s easily one of the best films that I’ve watched in recent years.