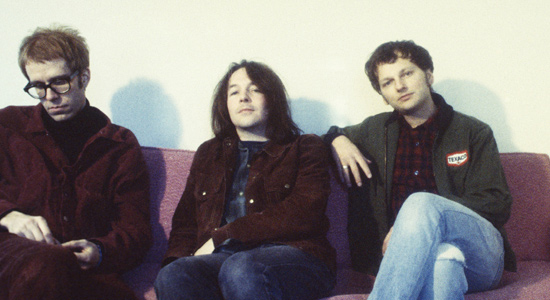 Despite creating one of the best albums of 1994, Teenage Symphonies To God, and scoring a deal with Sony, Velvet Crush never quite found its mid-’90s footing—and it didn’t get any better from there, despite some excellent music to come. Like friend and onetime producer Matthew Sweet, Velvet Crush frontman Paul Chastain, guitarist Jeffrey Underhill and drummer Ric Menck were crafty power-pop square pegs in a grunge-addled marketplace.

But they could kick up a perilous shit storm when provoked. Eight of Pre-Teen Symphonies’ 16 tracks were culled from a 1995 live set at Chicago’s Cabaret Metro. Menck and Underhill are ferocious, driving home the fact the Velvet Crush could be one beast of a live band if the conditions were right. The album’s front half contains remarkably fleshed-out demos for eight tracks from Teenage Symphonies To God. They prove that Velvet Crush had its undisputed masterpiece well in hand before producer Mitch Easter applied his warm south-facing glow. This isn’t the well-curated best-of compilation Velvet Crush rightly deserves, but it’ll do in a pinch for established fans.