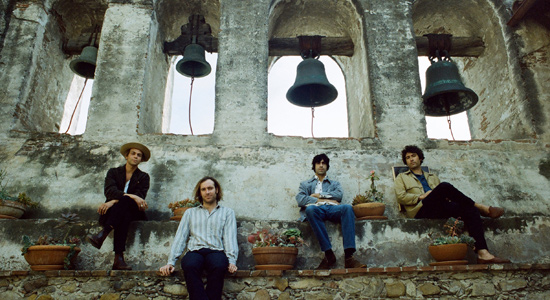 Seeing as how three of the four members of the Allah-Las met while working at the record store mecca that is the Hollywood outpost of Amoeba Music, it’s no surprise that the band’s albums pay homage to cutout-bin gold. Their debut and its successor, Worship The Sun, both dabbled in Nuggets-worthy guitar gems with a sun-bleached topcoat. Calico Review expands on that sound while simultaneously narrowing its musical allusions, making the reverent references that much trickier to place.

The jittery “Could Be You” conjures the ghost of Another View-era Velvets, and “Autumn Dawn” sounds like a lost Animals/Doors collaboration. Sly allusions to the Beatles, Jan & Dean and even Pavement make Calico Review a delight for those whose lives might also resemble the premise of High Fidelity. The Allah-Las are frequently pegged as “retro” or “revivalists,” but like any record geeks, they deftly reshape their heritage into their own original catalog.