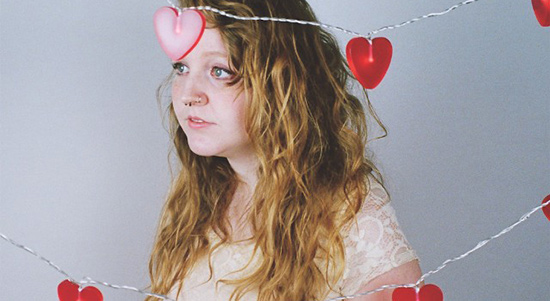 Warmth Equation, like all of Caroline White’s work, is heavy, weighed down, even difficult to process. The sound of Infinity Crush becomes all the more complicated when one considers the sheer enjoyability of her songs, the comfort in being overwhelmed, exposed to the sincere, bare emotion of her small, gorgeously performed bedroom emo.

This is the contradiction that Warmth Equation works within—for all the existential frustration, all the struggling of the every day, life is still painfully beautiful. In these 11 small, dreamy songs, White does not attempt to divert attention from the pain. It’s all there, in the suggestive past tense of the sepia-toned refrain of “Everything Be Still” (“You were mine, you were mine, you were”) or in the one-foot-in, one-foot-out thesis of “Heaven” (“Heaven might be real”). But Warmth Equation searches for the beauty in the corners. Take “Drowning Here With All My Friends,” which White says is about the “tiny, microscopic acts of kindness” between friends, or the reckless romance of “Lilacs” (“I want to watch you blossom every autumn/‘Till you’re rotten”).

The record maintains the intimacy of previous releases like when we’re snow or stumble pretty while also providing something fuller, clearer, more polished than the project has ever produced. “Whisper” (which previously appeared on 2013’s something even in my dreams i am) shimmers crisply in its new form, an added percussion element and distant “ohh”s making the song feel deeper, more like an event in itself. Meanwhile, songs like “Spoiled” and “Pete And Pete” show off a jauntier version of Infinity Crush, sporting more upbeat frames for White’s vignettes.

Warmth Equation is a stunning portrait of young-adult melancholy, as well as the most complete and satisfying work of White’s career. It matches and exceeds the level of depth, beauty, and songwriting prowess of her previous (also wonderful) records while inching toward new territories of subtle emo. In a year studded with amazing releases in the genre, Warmth Equation certainly stands among the most powerful.