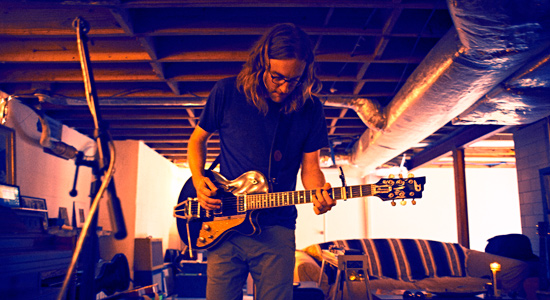 Carl Broemel has been Jim James’ guitar-jam foil in My Morning Jacket since 2004, and his third solo effort will certainly please MMJ fans. Keyboardist Bo Koster and bassist Tom Blankenship, two of his MMJ bandmates, appear, as do (less prominently) Neko Case and Laura Veirs. Broemel puts 4th Of July in competition with his similar MMJ work, and although he’s bound to fall a bit short of MMJ’s heights, the album succeeds: It’s full of rolling, expertly played, often beautiful songs infused with longing and gentle passion.

The title track is a 10-minute jam that builds to psych-rock intensity, but most of the record is much more calm and reflective, a mix of heartland ballads and Cosmic American twang. Broemel sings in a restrained, easygoing tenor, especially on the lovely “Coffee And Wine” and the more spacious “Best Of.” Recent MMJ outings have been sprawling and inventive; 4th Of July is focused and comforting.