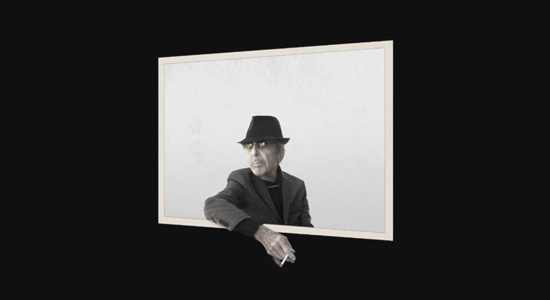 Leonard Cohen has announced the October 21 release of his 14th studio album, You Want It Darker, via Columbia … Eternally Even, the second solo LP from My Morning Jacket’s Jim James, is set for a November 4 release on ATO/Capitol … Jagjaguwar will issue the new Wolf People album, Ruins, on November 11 … On October 28, Alejandro Escovedo will release new LP Burn Something Beautiful via Fantasy … Ron Howard-directed Beatles documentary Eight Days A Week: The Touring Years, will be available on DVD and Blu-ray from Polygram and Capitol/UMe on November 18 … Bash & Pop, the band Tommy Stinson started following the Replacements’ first split in 1991, will reunite, and Fat Possum is issuing its sophomore album in early 2017. The bands original 1993 album, Friday Night Is Killing Me, will be reissued on vinyl for the first time in January by Sire/Reprise … Live At The Whisky A Go Go: The Complete Recordings is a six-CD collection chronicling Otis Redding’s three-night 1966 performance at the famed Sunset Strip venue. It’s due out from Amoeba on October 23 … Sub Pop will reissue the long-unavailable discography of TAD as deluxe remastered editions complete with rare, unreleased and alternate recordings. God’s Balls, Salt Lick and 8-Way Santa will be available November 4 … January 27 will see the release of Living In The Shadows, a four-disc boxed set containing Bert Jansch’s three studio albums from the ’90s (The Ornamental Tree, When The Circus Comes To Town, Toy Balloon) as well as a disc of unreleased material, on Earth … The 20th anniversary of Tori Amos’ Boys For Pele will be celebrated with the November 18 of a two-CD deluxe edition via Rhino … Moby & The Void Pacific Choir’s long-awaited album These Systems Are Failing will see the light of day October 14 from via … Acoustic Christmas is a new holiday album from Neil Diamond, due out from Capitol on October 28 … UMe will reissue the full back catalog of Crowded House in celebration of the band’s 30th birthday. The seven studio albums will be available November 18 as two-CD packages as well as on 180-gram heavyweight vinyl … November 18 will see the release of Miranda Lambert’s first new album in two years, The Weight Of These Wings, from RCA … A deluxe six-LP/three-CD collection of DJ Shadow’s 1996 debut album Endtroducing….. will be available from Island on October 28 … Luke Temple (of Here We Go Magic) will release his latest solo album, A Hand Through The Cellar Door, on November 11 via Secretly Canadian … Superheroes, Ghostvillains & Stuff is the new live LP from the Notwist, due out from Sub Pop on October 14.