Like drunks recalling their teen frat antics or Asbury Park-ers remembering every Bruce sighting, everybody in the label and the vinyl record biz has a Record Store Day start story: the decisions as to what studio and/or live rarities to make available, what color its stock would, what thickness all it would come in, what new tunes to pull out, and who would rep the damned thing. (This year. St. Vincent was the RSD hostess-with-the-most-est with its honoree being, ugh, Elton John.) Luckily, within all that informational folderol, no one has forgotten about the music (maaaaaaaaan), as it not only has remained the focus of RSD, but it holiest reason—find something great and impossible-to-get after April 22, keep it at 180 mg and make it in swirly red and white-toned vinyl. Here’s a purely subjective, highly selective list of some of the most fascinating RSD vinyl-only opportunities.

Bob Seger System “2+2=?” seven-inch, yellow (Third Man)
There’s a lot of reasons to love this frizzy garage-rocking first single from Bob Seger. First, it’s groovy growling Bob before he went epic and smooth. Secondly, this single was one of the first manufactured at Third Man’s new pressing plant in Detroit, Seger’s hometown. Lastly, it’s salty Seger singing for a cause: anti-Vietnam protest with lyrics like, “It’s true I am a young man, but I’m old enough to kill/I don’t want to kill nobody.”

The War On Drugs “Thinking Of A Place” 12-inch single (Atlantic)
Philadelphia’s slow burning indie act has been MIA since 2014’s epic Lost In The Dream, and this new song is both stunningly ghostly and contagiously melodic.

Patti Smith “Hey Joe” (Version)/”Piss Factory” seven-inch (Rhino)
Patti Smith was still Downtown NYC’s headiest poetess in 1974 rather than the pre-punk rocker she would become known as months after this single’s release. Along with borrowing its ire from guitarist Roy Buchanan’s take (and not that of Hendrix), Smith’s “Hey Joe” is famous (and dated, but happily) by spoken text regarding heiress-turned-Symbionese Liberation Army pawn Patty Hearst’s indoctrination into the cause. Whoa.

Various Artists Ciao! Manhattan soundtrack LP (Light In The Attic)
Rather than be a sonic paean to everything silver, Velvet(y) and Warhol-ian, the never-before-released musical portrait behind the ugly 1973 docudrama tale of socialite-gone-to-seed Edie Sedgwick features a whole lot of prairie-dog country (John Philips) as well as Moog compositions by Factory regular Gino Piserchio and glammy ragtime-rock songs (“Citizen Kane”) by Kim Fowley. This LITA gatefold package is an appropriately wonky soundtrack for a magnetically weird film.

Various Artists Where The Pyramid Meets The Eye: A Tribute To Roky Erickson double-LP (Sire)
One of the first and best tribute albums to a well-deserving artist, this long-out-of-print project from 1990 (put together by legendary promo man Bill Bentley) features ZZ Top, Butthole Surfers, Bongwater and a still vital R.E.M. capturing Roky Erickson’s scary love songs to demons, aliens and assorted lost souls.

Johnny Cash The Johnny Cash Children’s Album LP (Columbia)
The Man In Black gets child-like (hardly) and giddy (not at all) while doing rough-and-tumble country covers of Sesame Street classic “Nasty Dan,” Cash’s own “I Got A Boy (And His Name Is John)” (written about Cash’s only son, John Carter Cash) and frumpy Elvis hit “Old Shep,”

Ken Kesey The Acid Test LP (Jackpot)
How is this not on some amazingly colored trippy vinyl? Timothy Leary’s best buddy/test subject released this privately in 1966 and was meant to recreate a live acid test. Way dated psychedelic stuff, but fun nonetheless.

Hollie Cook “Superstar” seven-inch (Merge)
Esoteric British soul/reggae crooner Hollie Cook debuts her raw, top-ranking balladry not only with a blissed-out cover of the Carpenters’ “Superstar,” but with a spooky dub version of the same song as its b-side. Welcome to America.

Iggy Pop Post Pop Depression: Live At The Royal Albert Hall three-LP (Loma Vista)
Together with Queens Of The Stone Age, the creaky-but-caterwauling Iggy Pop played the Berlin-era-inspired new album along with the best of his morose, synth-punkish works co-created with David Bowie. Amazing collection and sterling, scrufy sound.

George Carlin Jammin’ In New York LP (Comedy Dynamics)
Just for laughs (literally), the late lover of words gets a first vinyl release for his HBO special of the same name (from 1992) and presciently teases currently popular notions such as climate change in a bit called “The Planet Is Fine.”

Slick Rick The Great Adventures Of … album, book and seven-inch (Get Down)
The rap overlord of the la-di-da-di drops his 1988 debut here with an 18-page illustrated kid’s sleepy time novella, a CD (WTF!?) of his jittery 1988 debut and a picture sleeve single of the lullabye-est hip-hop jam of the era.

Sex Pistols “Anarchy In The UK” five seven-inch singles, boxed (Rhino)
Four original U.K. 45s and one U.S. replicas of the original 1977 releases showcase “Anarchy In The UK”, “God Save The Queen,” “Pretty Vacant (U.K. version),” “Pretty Vacant (U.S. version)” and “Holidays In The Sun.” Yes, you have these, but any chance to fly the Union Jack in cute in this Johnny Rotten’s anniversary season.

Thelonious Monk Les Liaisons Dangereuses double-LP (Sam/Saga)
This is the year that jazz came to RSD in a big way, and nothing is better than hearing the mood-swinging genius of the piano’s never-released soundtrack (his only shot at film scoring to boot) for Roger Vadim’s 1960 French film of the same name. This collection is gorgeously executed sonically (Thelonious Monk’s stalwart saxophonist Charlie Rouse smolders across these trembling tracks), and the box is crammed tight with never-before-seen photographs and memorabilia from the recording sessions.

Sun Ra Arkestra Janus LP, yellow/black vinyl(ORG)
Rare and studiously skronky studio and live material from the toast of Germantown, Pa., is always welcome, but this time out Sun Ra’s space-jazz from between 1963 and 1970 comes in sunburst-and-black-swirled vinyl—just like the sound.

Motörhead Clean Your Clock two-LP picture disc (USD)
Recorded in Germany 2015, the late Lemmy is the picturesque star of this package, funny leather hat and literal and figurative warts and all.

David Bowie Cracked Actor (Live In Los Angeles ’74) three-LP (Rhino)
Not to be confused with the 1974 BBC doc of the same name, this riveting live recording comes from the same time and tour that yielded Bowie’s ragged blue-eyed-soul David Live from the Tower Theatre in MAGNET’s hometown of Philadelphia. Only this double package bests the Philly package pound-for-pound in funky chic as it included the Philly Dogs crew (e.g. Luther Vandross) and stunning bass-pumped sound quality (Bowie’s mics dropped off at the Tower). Plus, these L.A. dates happily included a mesmeric take on “John, I’m Only Dancing (Again),” which Philly missed out on, and he doesn’t look like a zombie on this cover. Rhino also released the ultra-rare Hunky Dory-era promo album BOWPROMO for RSD, a white-label joint from 1972 with different mixes of famed tracks like “Oh, You Pretty Things” and album outtake “Bombers”/“Andy Warhol Intro.”

The Cars Live At The Agora, 1978 two-LP (Rhino)
The band often accused of ushering in the sleekest forms of danceable, hit-making new wave, this rough live release shows Ric Ocasek and Co. on the Suicide-influenced tip of its towering sound. Very grouchy.

Bruce Springsteen & The E Street Band Hammersmith Odeon London ’75 four-LP (Columbia)
If we’re talking live albums, this boxed set is the wooly mammoth lost weekend for Boss vinyl fanatics: his and his crew’s first concert appearance outside of America with Born To Run freshly in their rear-view mirror. This package was released on CD, but the crispness of Bruce’s “Detroit Medley” (“Devil With A Blue Dress On,” “See See Rider,” “Good Golly Miss Molly,” “Jenny Take A Ride”) and the bliss of “Rosalita” paired with the Latin-swinging “Come A Little Bit Closer” and “Theme From Shaft” by Isaac Hayes plus the smoky jazz of “Kitty’s Back” with Van Morrison’s “Moondance”? Too much.

Photos after the jump. 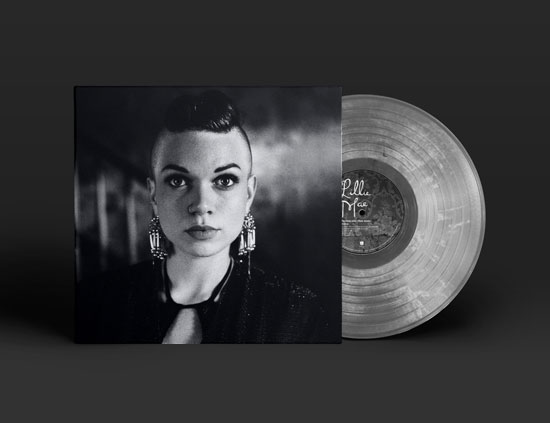 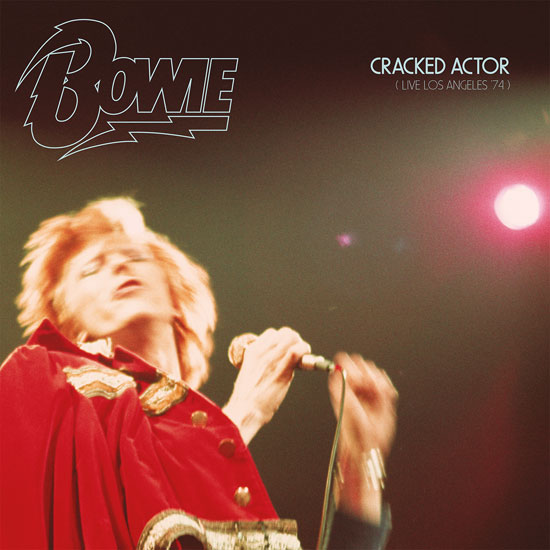 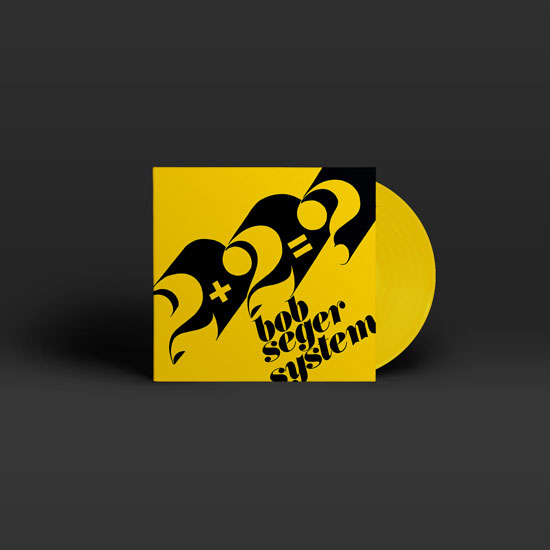